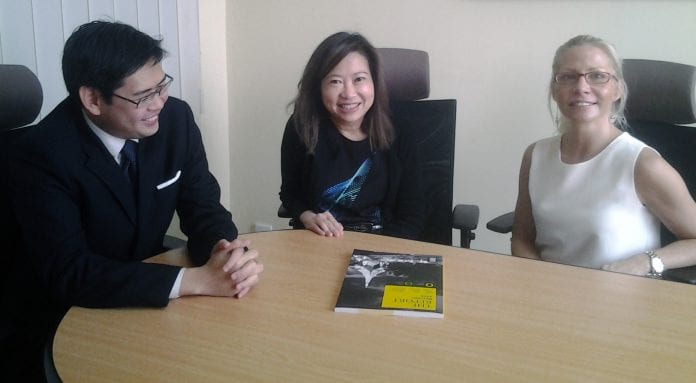 The wealth of new laws, reforms and incentives, which are being introduced in Myanmar to support the country’s rapid economic development, will be explored in Oxford Business Group’s (OBG) upcoming report, the British publishing, research and consultancy firm said.

The Report: Myanmar 2015, will chart the exponential rise in foreign direct investment (FDI) witnessed since the country first began opening up just over two years ago, OBG said in a statement.

The publication, which marks OBG’s second report on the country, will also depict Myanmar’s emergence on the regional stage, which was reinforced this year when it assumed the role of ASEAN Chair for 2014.

OBG has signed a memorandum of understanding (MoU) on research facilities for the second time with the law firm, Kelvin Chia Yangon Ltd.

Under the deal, Kelvin Chia will use their resources and local knowledge to prepare the Law chapter of the report.

“The government has had to legislate extensively in recent months as it attempts to keep pace with the country’s transformation. Kelvin Chia’s team is known to have a thorough understanding of the intricacies of Myanmar’s legal framework,” she said.

Cheah Swee Gim, director, Kelvin Chia Yangon Ltd, said: “The investment climate within Myanmar is on the rise, and it is vital that investors have a good grasp of the legal framework.

“Our partnership with OBG is focused on informing global readers about the legislative framework in Myanmar as there are many changes in, for instance, banking, telecom regulations and mining laws.”

She said this will help potential investors in making well informed investment decisions.