30 Days in Myanmar: A Book to Showcase Myanmar 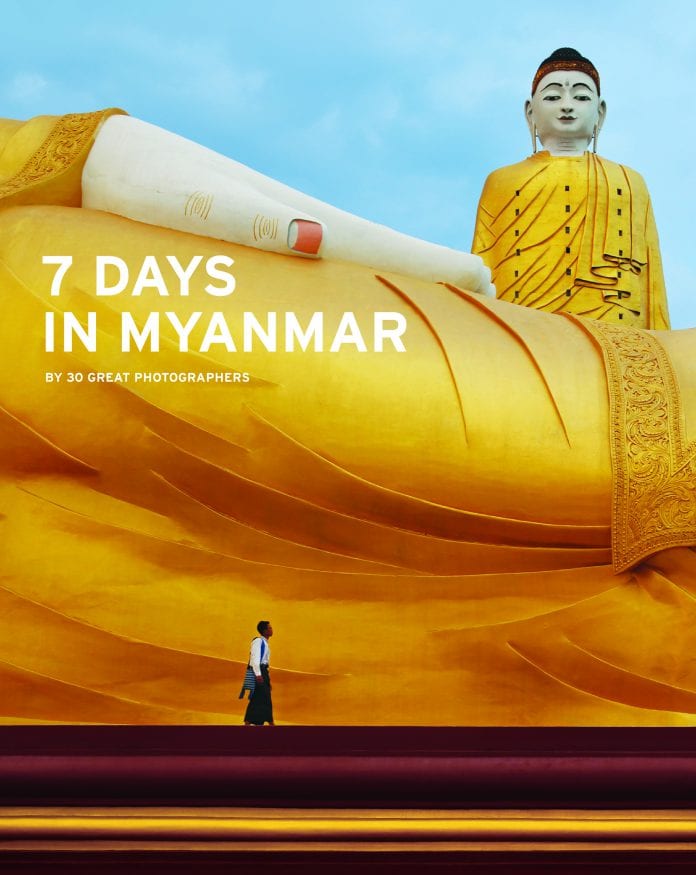 Earlier this year, 30 internationally-acclaimed photographers descended onto Myanmar’s shores for 7 days of shooting around the country.
From the Tanintharyi region of the south, to the mountainous Kachin State, and dozens of places inbetween, the cameramen and women from 11 countries around the world clicked and documented life in the country as it emerges from decades of oppression and military rule and begins to open itself up to the world.
The result of their endeavours has been captured in the book ‘7 Days in Myanmar’, a 276-page hardback coffee-table book which was the brainchild of Singapore-based publisher Didier Millet.
Speaking at a ceremony to officially launch the publication of the book, which was hosted at Yangon’s Chatrium Hotel on December 2, Minister for Tourism U Htay Aung said that the book can help enhance the promotion of Myanmar as a tourist destination as it continues to be one of the world’s most popular destinations.
Of the 30 photographers, 21 were established photographers from countries around the world including the United States, France and the United Kingdom, while nine were up-and-coming photographers from within Myanmar. Those included Reuters photographer Soe Zeya Tun and a host of other local photographers whose works are now being recognised further afield.
The book also includes text to explain many traditions and aspects of life in the country, with an introduction written by Dr Thant Myint-U, an introduction to Myanmar by Associated Press journalist Denis Gray, a 19th century photography essay in colonial Burma by British Library historian John Falconer, captions by historian Dr Thaw Kaung and journalist Patrick Winn, and an essay on the making of the book by editor Nicholas Grossman.
The book is being marketed as a multi-media tool, and also includes a 47-minute DVD covering the behind-the-scene process of making the book, a photo exhibition which is currently taking place at Chatrium Hotel, but will soon move to the Myanmar Deitta gallery on Parami Road.