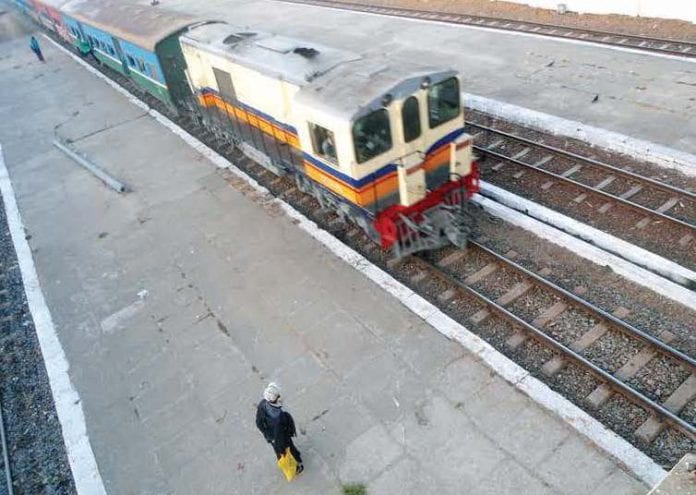 The Japan International Cooperation Agency (JICA) has set a target of increasing train ridership in Yangon to 30 percent of the city’s population by 2020, an official from JICA’s Myanmar office said.

At present, 80 percent of the population of the commercial capital relies on buses as the primary transportation service, while only 3 percent ride trains.

JICA said it has begun upgrading the train network in the Yangon metropolitan area.

“We are working on upgrading the circular trains starting in 2015 and will expand the project to cover other train lines,” said Tanaka Masahiko, chief representative of JICA in Myanmar.

The project includes installing five new rail lines with a combined distance of 350 kilometres and upgrading the existing three major railways by 2040. The new network will have 80 stations along its routes.

“To improve the overall transportation system of Yangon, we will assist in upgrading the circular trains in the short-term and embark on improving railways in other train lines in the long term,” Masahiko said.

The transportation capacity is already overburdened by the demands of the current population and therefore up-to-date train infrastructure requirements such as new train lines, flyover railways, monorails and LRT (light rapid transit) need to be fulfilled to effectively serve the growing population in the future, JICA Myanmar said.

The Yangon regional government and JICA signed the agreement to implement the Project for Comprehensive Urban Transport Plan of the Greater Yangon and Myanmar’s National Transport Master Plan in May 2012, in which JICA provides the official development assistance (ODA).

By 2020, the population of Yangon is projected to exceed 10 million.