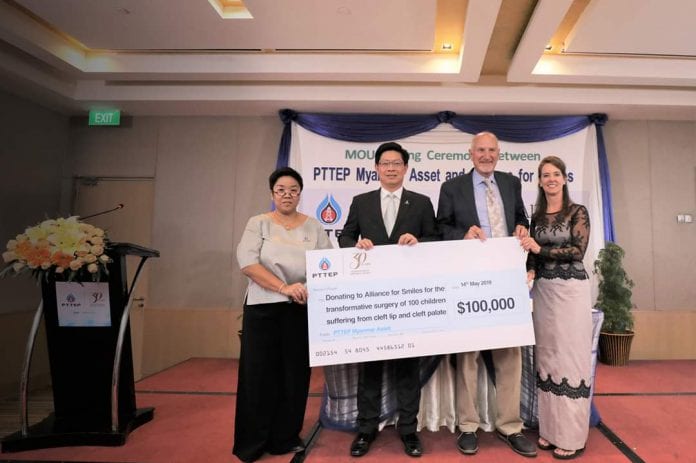 Like most 3 year old, Thiha Zaw is outgoing and full of energy. He loves to run around with his neighborhood’s kids to the point of skipping his meals. Unfortunately, he was abandoned by his biological parents and adopted by Daw Kyi Htay. He has been lucky that his adopted family have accepted him for who he is and have always looked past his cleft-lip and palates – which had sadly caused him to shy away and isolation before his adoption. 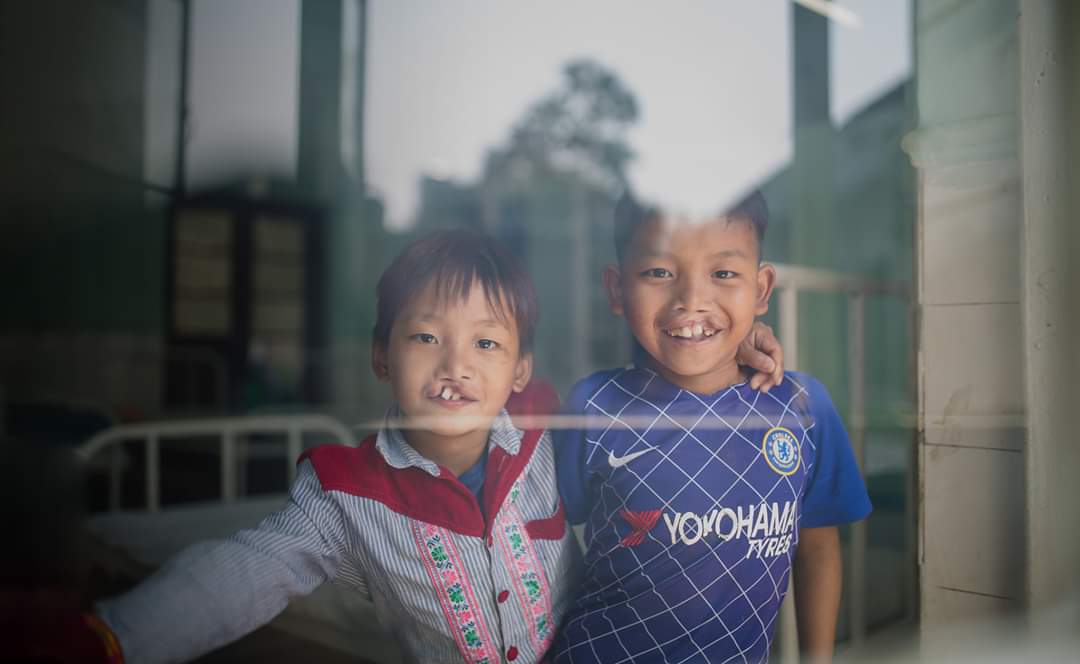 While most patients at his age may not understand their condition, Thiha Zaw knew exactly what he had in store for him. When asked if he goes to nursery, he responded: “No, because my lip hasn’t been sewn yet”. His mom admits that she felt uneasy when people would point out her son’s cleft lip – not saying it as criticism, just pointing it out as an observation.

“As his parents, it was hard to watch Thiha undergo so many challenges. It is undeniably hard to see your child being treated differently simply because of their physical appearance. We only want him to be healed and start living his life without being stared or laughed at.”

Unlike Daw Kyi Htay, Daw Khin Aye Wai did not realise that her youngest daughter, Su Myat Thoon, was born with a birth defect until much later. 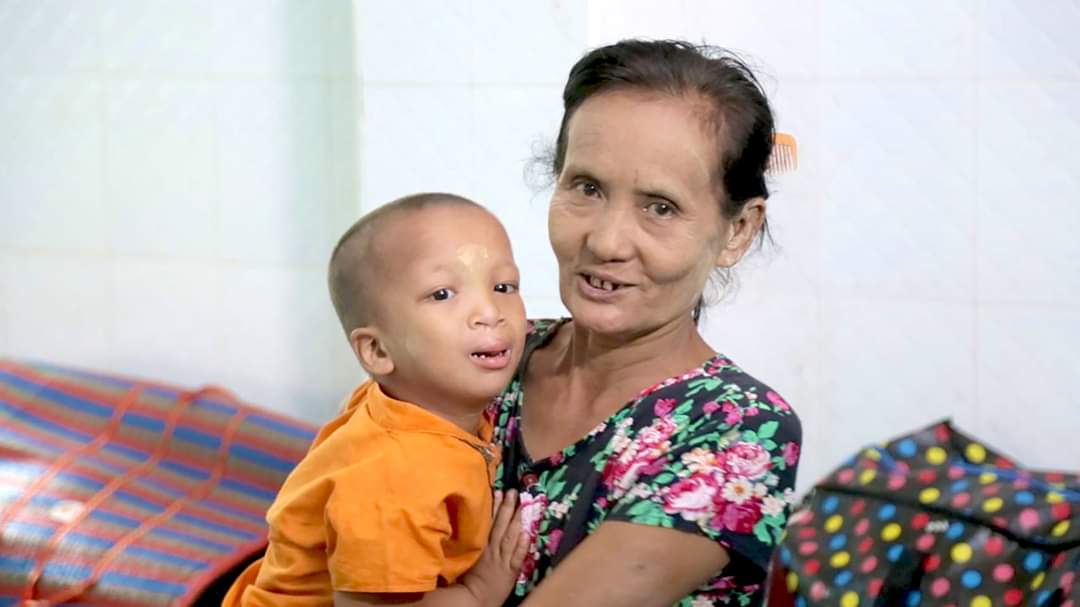 Su Myat Thoon was born with cleft palates, which are not outwardly visible. So from her external appearance, she appeared normal like other kids until her parents found out about her swallowing difficulties.

Apart from difficulties in swallowing food and drink, Su Myat Thoon’s cleft palate also made it challenging for her to speak clearly. Due to the opening in her palates, she is unable to clearly pronounce words and express herself. This created many frustrating moments for Su Myat Thoon when her parents, family and friends do not understand her.

If the cleft is not treated early, it will delay speech development during the crucial years when children are learning an average of two words per hour.

HOPE WAS NOT LOST

“Even though at first we were devastated when we found out about our daughter’s condition, my husband and I embraced the challenges we will be facing,” said Daw Khin Aye Wai.

“When I learnt about the Smiles program and that they had a specialist team from USA who were stationed at Victoria Hospital for a certain period of time, I imme diately went to the hospital and registered Su Myat Thoon for the medical screening,” she added.

Launched in the year 2014, the Smiles program is a collaborative effort between Victoria Hospital and US-based Alliance for Smiles where medical teams from the US are sent to Myanmar to perform corrective Surgery for children. This year, PTTEP Myanmar Asset contributed USD 100,000 to sponsor the treatment of 100 children – including Su Myat Thoon and Thiha Zaw – as part of its 30th Anniversary corporate Social responsibility efforts.

Both immigrant workers in Thailand, Daw Khin Aye Wai and her husband specifically travelled to Myanmar with their daughter to undergo the free treatment, and planned to return to Thailand for work as soon as she is discharged from Victoria Hospital. Daw Khin Aye Wai is hopeful that after the surgery, her daughter will no longer feel any shame and overcome her speech challenges.

For Thiha Zaw and his family, his surgery opens a new chapter in their lives. One where Thiha Zaw will never have to suffer ostracism or be held back in life because of his cleft. A chapter where his intel ligence, spirit and happiness will be free to flourish, and where his dream to be a soldier can become a reality.

ALL TOGETHER WE MAKE A DIFFERENCE

“At PTTEP Myanmar, our goal is to empower opportunities for the community. When we learnt about the physical and emotional challenges children born with cleft lip and cleft palate face, we knew we wanted to help them restore not only their smiles but also their confidence,” explained Mr. Piya Sukhumpanumet, General Manager of PTTEP Myanmar Asset. 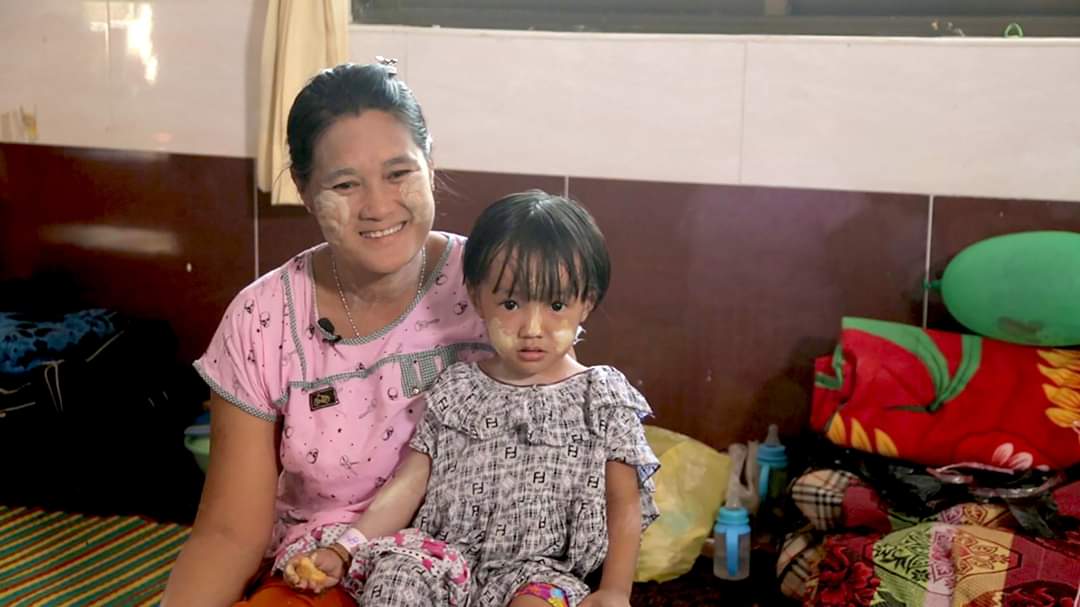 “This was what led us to partner with Victoria Hospital and Alliance for Smiles to help under privileged Myanmar children born with a cleft to access a brighter future. Beyond the physical benefits, it is touching for us to see these kids become more confident to access their better future. It is my sincere belief that by joining hands, we can make their journey in life a happier one filled with smiles,” he added.

“EVERY child deserves to smile and the opportunity to give that smile to a child starts with us,” said Mrs. Tina Fischlin, Mission Director of Alliance for Smiles.

“There is nothing greater or more rewarding than to see a smile on a child’s face, and for his parents to know that their child will have an equal chance to thrive in life – to be able to go to school, not to be shunned, not to be ostracized.”

“We are grateful for the partnership and support of both Victoria Hospital and PTTEP and look forward to many more years of doing good together,” she added.