A Guide to Yangon’s Museums 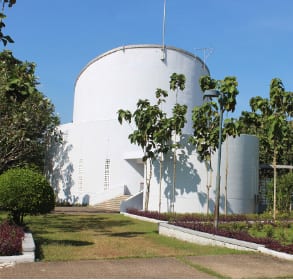 It is a commonly heard complaint from visitors that there is not much to do in Yangon. After visiting the Shwedagon Pagoda, a few other religious sites around the city and some day trips to the city’s outskirts, people often find themselves venturing to other parts of the country very quickly. However, as a tourist destination, Yangon has an underbelly of activities that very few people know about. Of those, there are a fair few museums that exhibit the rich heritage in the country, as well as a few oddities.

National Museum
Housed in an ugly, Soviet-style building on Pyay road, the National Museum exhibits six floors of displays celebrating the country’s history, from traditional art to clothing, to natural history. Of course, some floors are much more interesting than others and one particular highlight is the first floor, which houses exhibitions including  the evolution of the Myanmar language; a room filled with relics from the country’s final kings – Mindon and Thibaw – as well as the impressive Lion’s Throne.
Sounding, and looking, very much like something out of The Game of Thrones, the Lion’s Throne is the only surviving throne [of eight] from King Thibaw’s rule. It’s an outrageously intricate and over-the-top object but is quite an incredible specimen. Since this could only be used by the King at the time, it is said that anyone who tries to pass the [frankly flimsy] rope and ascend the steps can still be arrested today.

Drugs Eradication Museum
This museum has been featured on these pages before and continues to be a quirky place that few know about. Built on the site of an old cemetery, the museum was built in the late 1990s as part of the previous government’s campaign to show how seriously they were taking the drug problem in the country.
Despite some oddities – most notably the mechanical ‘hand of death’ which protrudes from the ground and the regular signs declaring that drugs are a ‘foreign’ influence – it does offer some useful information about something that continues to be a huge issue in the country.
Like most museums in the city, it would however benefit from some additional signage of some of the exhibits.
Planetarium
The dome-shaped Planetarium in People’s Park (accessible from Ahlone road) was opened in 1987 as a gift from the Japanese government. Approaching the entrance, the shocked employees give you the impression that it doesn’t attract too many visitors and sitting in the planetarium entirely alone – but still not allowed into the VIP section – that became obvious.
The Griffith Observatory this is not, but the graphics themselves are more impressive than I anticipated, apart from the odd moment when a few dinosaurs bounce along the screen. What is frustrating though is that the narrator speaks in such heavily-accented English that it’s impossible to make out a word he has said.
Nearby is also a grounded Myanma Airways plane where you’re able to look at the intricacies of a cockpit from the 1970s.

Bogyoke Aung San Museum
The museum celebrating Myanmar’s independence hero was Aung San’s final residence before his assassination in 1947. The colonial-era, two-storey building was built in 1921 and is where his daughter Aung San Suu Kyi grew up, it was also here that Suu Kyi’s brother Aung San Lin drowned in a swimming pool.
The museum mostly focuses on the general’s short adult life [he died aged 32] and includes memorabilia such as clothes, books, family photos and his car.
For many years, the museum was opened only on Martyrs’ Day – the anniversary of his assassination – but has since been opened year-round.