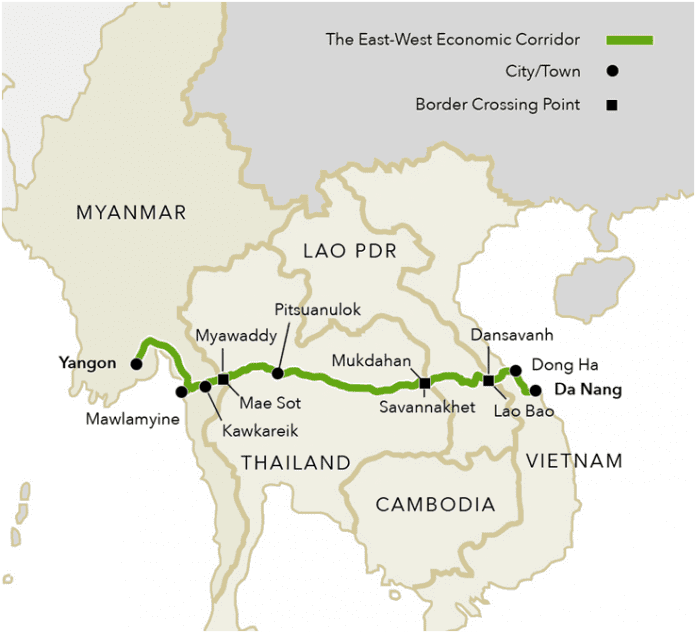 Myanmar, which is often called Asia’s last frontier, has the potential to achieve quick development by integrating with neighbouring countries. The success of this process, however, is highly dependent on the adoption of a coherent and appropriate combination of policy measures for business and industrial development. Such measures should be developed based on the careful assessments on available opportunities and constraints the country faces.

There are presently two potentially significant industrialisation projects in pipeline: the development of the Thilawa Special Economic Zone (SEZ) and the upgrading of the road connections of the East-West Economic Corridor (EWEC) within the Myanmar territory. Thilawa SEZ is located at the mouth of the Yangon river, 20 kilometres south of Yangon, the commercial and industrial centre of Myanmar. EWEC crosses the central regions of four ASEAN countries, Vietnam, Lao PDR, Thailand and Myanmar, linking the South China Sea and Andaman Sea by roads of international standards and three border crossing points (see Map 1).

However, while these projects are promising developments they are not adequate to cater to the needs of all industries and areas in the country.

One of the bottlenecks of manufacturing development in Myanmar is the lack of a deep sea port to serve as a key logistical gateway of Yangon. Unfortunately, Yangon has no deep sea port and the quick development and integration of the country will benefit greatly from such an investment. It is commonly observed throughout the world that the manufacturing sector develops best when located adjacent to or near to a large deep sea port. A deep sea port is particularly crucial for the manufacturing sector because such a port is needed to facilitate the movement of goods for both sales and supplies, serving for export and import operations. Deep sea ports, due to the depth of their water, have the capability to accommodate large and heavily loaded ships.

Two existing deep sea ports are along the northwest coastal line of Myanmar; however, their locations are far from the central region of Myanmar (and EWEC) (Map 2). Apart from the necessary upgrading of their facilities and capacities, their expected roles in manufacturing are likely to be limited to serving as regional logistics hubs for specific development purposes (e.g. gateways to and investment destinations for South Asia and China).

A number of options exist for the development of additional deep sea ports. All of these have value and should be pursued in due course however priority should also be given to the developments which are best positioned to serve the needs of the manufacturing sector with connections to the capital. 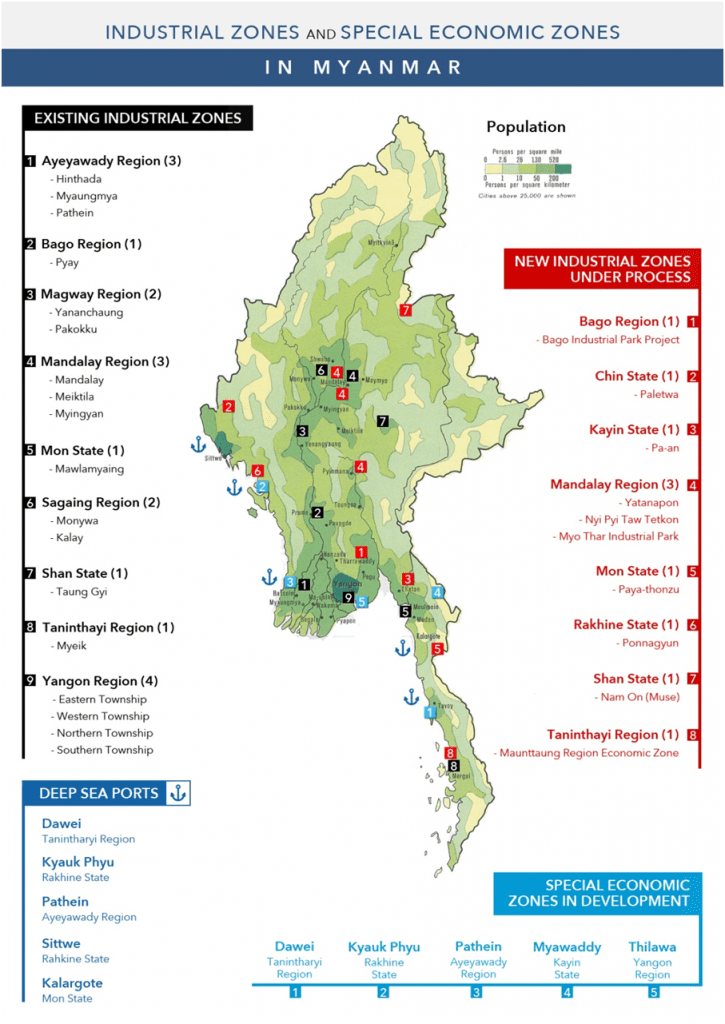 Plans have been made to develop a special economic zone along the southern coastline in Dawei that will include the development of a deep sea port. This project has been strongly supported by Thailand and aims to develop large scale utility infrastructure and diversified industrial clusters, including heavy industries, which could complement to the well-developed industrial clusters in the central region and eastern seaboard of Thailand. However, the Dawei port is located approximately 700km from Yangon and 300km from the western hub of the East-West Economic Corridor. Although the Dawei port has a geographic advantage with regard to market access to Thailand, Myanmar’s main trade partner, it is far from the traditional industrial clusters of Myanmar.

On the other hand, Kalargote Island, has been periodically considered as a potential deep sea port location by various agencies for the past three decades, on and off. The most recent proposal was made by a Thai investor in 2013 to develop the island as a deep sea port, which aims to serve for the future industrial clusters along the East-West Economic Corridor and nearby states. The plan proposes that the island will not only to become a gateway for import and export operations at the existing and planned industrial zones but will also to serve for Thai-Myanmar border-trade and -production through the Three Pagoda border-pass and the other SEZ along EWEC.

The Kalargote Island project has clear advantages over the other port development projects, including proximity to Yangon, EWEC, the new industrial zones and Thailand, Myanmar’s major market. This development should take priority to fast track the clear advantages it will bring.

Dr Masato Abe is Economic Affairs Officer of United Nations ESCAP in Thailand. The views expressed herein are those of the author and do not necessarily reflect the views of the United Nations or Myanmar Business Today.