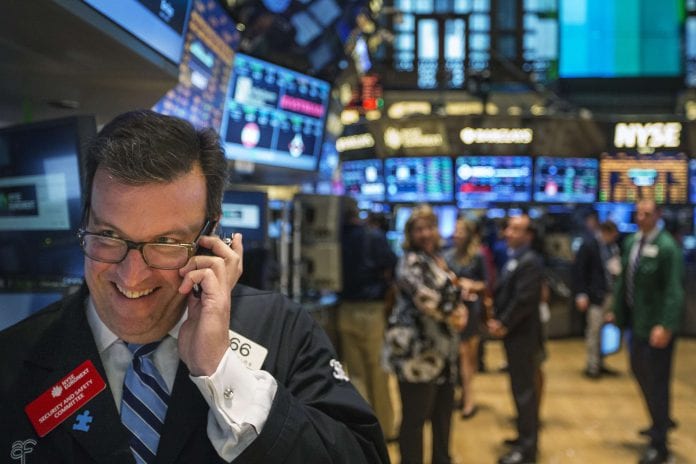 It is very easy to become confused by the abundance of seemingly investment related material available on the internet today. Making sense of it all is sometimes enough to make even an investment professional’s head spin. Generally speaking there are two types of activities that fall under the broad umbrella of what most people simply think of as “investing”, and understanding the difference between the two can help you filter out much of the information out there. One activity is actually investing, and the other is speculating. I have mentioned this distinction before briefly but thought it might be good to explain the difference in a little more depth.

I just recently watched the movie “The Wolf of Wall Street”, and the way the main character got his start in film seriously made my stomach turn. Those in our industry are meant to be bound by a fiduciary duty to act for our clients as we would for ourselves. The sad truth unfortunately is that in reality there are many out there in the advice industry who probably have similar moral characteristics as those in the film. However, if their victims had been educated enough to understand the differences between investing and speculating, any damage done would have been very insignificant to the victims overall financial well-being. If you haven’t seen the film, basically Leonardo’s character scams people into making extremely speculative bets so he can earn a very high commission. He gets very rich while his clients all lose money.

The main difference between investing and speculating is that speculating is generally considered to be an activity that you do with money that you can afford to lose in its entirety. Investing on the other hand is an activity that is intended to grow over a certain timeframe, despite that fact that it may go through extended periods of drawdown. For instance, even though certain asset classes such as emerging market equities are very volatile and may drop significantly in any one given year, a diversified portfolio of them will be expected to grow over a long enough timeframe. A speculative holding, on the other hand, may in fact go down to zero forever.

Knowing which types of assets are speculative and how much of your net worth is generally considered a good idea to put into speculative positions can help you avoid much of the garbage that is out there and help you know which “news” or opinion is not really of interest to the matters of your investment portfolio. Investing in individual technology and up and coming stocks, start-ups, IPOs, pink sheets, private equity, naked options, futures, currencies, and artwork are all examples of speculative activities. Following short term trading strategies yourself is also a speculative strategy.

Indexing across sectors and countries or regions with the intent to hold long term is more along the lines of what you should be thinking of as investing.  Investing with some fund managers who have successfully developed a long term track with some of the speculative strategies I mentioned above, as long as it line with an overall “diversified portfolio” approach would also be considered investing. You can also of course assemble a diversified portfolio of high quality companies yourself following fundamental valuation techniques and even include a small portion of your investment portfolio in speculative positions. It needs to be a very small percent, I like to recommend keeping it under 10 percent. The main key to investing is diversifying across a broad spread of securities, asset classes, and strategies.

There is some overlap where the line between investing and speculating gets blurred, for instance going heavy into a sector such as mining or a country such as Russia, as you may have read about in my recent articles. These should be viewed as investments, but as a part of a wider diversified portfolio. For instance maybe you become over weighted in one of these to 15-20 percent of the equity portion of a portfolio, where equity makes up 40 percent of the overall portfolio, just to give an example. For those of you who want to watch a movie that portrays a figure on Wall Street that I have always used a motivational tool for myself, and portrays a character in stark contrast to the one recently played by Leonardo Dicaprio, check out “The Pursuit of Happiness” with Will Smith. I hope the reality is that there are actually more of these types of characters out there, but understanding the above should protect you from making a large mistake if you run across someone who isn’t.