A Wine Entrepreneur: The Hardys Story 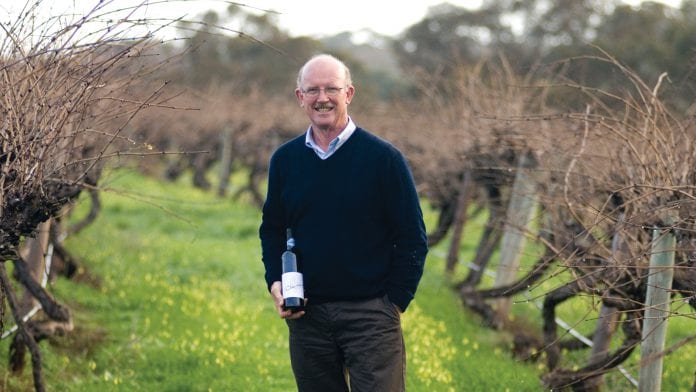 Today Australia is the world’s fourth largest exporter of wine, with approximately 750 million litres sold around the world every year, of which more than half comes from within a few hours of the city of Adelaide, located in the country’s South Australia state.

According to figures from the International Organisation of Vine and Wine (OIV), one of the leading worldwide organisations in the wine market, Australia ranks seventh in the world in terms of wine production, but fourth when it comes to wine export, behind the three classic European countries of Italy, Spain and of course France.

Back in 1850, one young man from the sleepy English county of Devon boarded a boat for Australia and, while that man cannot singlehandedly, be thanked for the growth of Australian wine around the world, his name is one of those most closely associated with Australian wine.

At just twenty years of age, Thomas Hardy packed his meager belongings into a bag and boarded a ship named the British Empire, which was bound for Adelaide. Newly arrived, he found work with a farmer called John Reynell who ran a mixed farm, kept livestock and grew cereal crops. Reynell was also the first wine maker in South Australia, beginning work in 1838, when the colony was just two years old.

“Thomas Hardy got a job looking after cattle and, in his diary, he records that he lost his cattle twice in the first week and the farmer said, ‘Look, you’re bloody hopeless with cattle, I’m going to have to put you in the vineyard where you can’t get into trouble,’” his great great grandson Bill Hardy told Myanmar Business Today during a recent visit to Myanmar.

Thomas’ entrepreneurial spirit drove him across the border into Victoria, which was experiencing a gold rush at the time, and although he didn’t find any gold there, he did recognise that miners needed to be fed and went about setting up a small butcher business.

Thomas ran the butchering business for about three years, made enough money to return to South Australia and set up his own farm to produce wine as well as citrus, olives and jams.

Thomas Hardys & Sons moved away from the other aspects of the company and began to specialise in wine. While some components of the business have changed since then, the business still holds strong family involvement, although less than it used to.

Having been family-run for 139 years, in 1992 the fourth generation of Thomas’ descendants decided to open up the business to other investors, floating it on the Australian Stock Exchange and becoming BRL Hardys Ltd, after a link-up with a business called Berri Renmano Ltd.

“For those in the family who wanted to sell their shares, they could get out but for those who stayed in, our family share fell below 50 percent, but the company grew rapidly. We floated it with Constellation Wines [the world’s largest publicly traded wine company] in 2003 and in the 11 years since the original takeover, shares leapt from $1 to $10.50.”

In 2011, Constellation decided to sell a number of their interests, which were bought by an Australian private equity firm to form the company in its current form, Accolade Wines.

“I actually keep an Accolade and a Hardys [business] card, but of course, I like to present the Hardys one first,” he said.

Accolades’ portfolio continues to grow and includes wines from Australia, South Africa, Europe and the US, but Hardys still accounts for about half of the group’s overall sales.

Despite a strong family background in wine, Bill says that he wasn’t necessarily destined for a career in the industry.

“Look, my mates surfed, so I surfed, my mates drank beer, so I drank beer and I didn’t really care for wine. It wasn’t until I was in my second year at university, studying an agricultural science degree to become a wheatsheaf farmer that I suddenly realised the position I was in,” he said.

“So I had to go back to my father [Sir James Hardy, who also awarded a knighthood in 1981 for his services to Yachting] with my tail between my legs and ask to join the family business. I felt like an absolute cop-out, but my father was fantastic. He said, ‘if the family doesn’t come into the business then there is no family business.’”

Hardys has been distributed within Myanmar for at least the last eight years and Bill says that his visit, which was part of a five-week Asia-wide trip which also included a dinner event at Yangon’s Traders Hotel, is part of a drive to further promote the brand within the country.

“We have found in other markets that if you’re one of the early groups into a market, you can really gain some ownership of the category and we would love to see the name Hardys become associated with Australian wine here,” he said.

Asia’s wine market is expected to grow over the coming years. In 2012, China’s wine market, for example, reached $41 billion, a 20 percent jump from a year previously according to research firm Euromonitor International.

“Wine has always been a fairly aspirational product and, in Southeast Asia many of the economies are growing as lifestyle increases among local people. I think they’re looking more at the world and western trends and I think wine is often seen as part of a sign of success. It’s often seen as something culturally for people on the rise, so I think we will continue to see a rise in consumption all across Asia,” Bill said.

James Marsden, who manages the wine arm for Premium Distribution, who distribute Hardys and other wines in the country, said that there had been a certain increase in wine consumption within the country, but that any noticeable shift would take time.

“I think the shift will take time. Australian wine has been very successful here, they were one of the first wines into Myanmar from our side, and then you have the French and Italian wines, which remain popular.”

Part of the challenge however, Bill says, is helping people understand what wine is about.

“Because of wine’s variety of styles, if you compare it with other alcoholic beverages, wine styles are much vaster than beer or spirits. You can generally find a wine that’s a match for almost any food and I think the greatest way you can promote wine is to teach people how to use it, when you should use it and what you can use it with. It’s a special product.”

EDITOR’S NOTE. This interview was conducted prior to the government’s recent crackdown on imported alcohol and cigarettes.