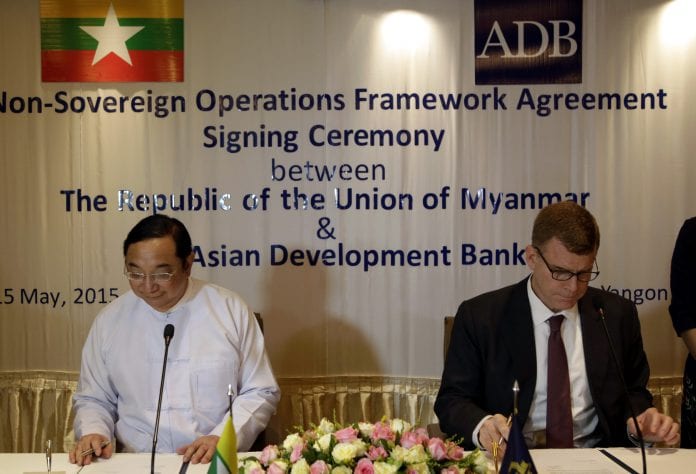 The Asian Development Bank (ADB) concluded a deal with the Myanmar government to allow the lender to provide $1 billion in loans, equity investments, guarantees and trade financing directly to private companies and projects in the country.

The Manila-based bank said the money will be channeled into investment projects until 2016 in areas ranging from logistics and connectivity, power generation, telecommunications and urban development, to financial sector and trade finance.

“It was difficult to reach an agreement. It took about two years to get the agreement after lawyers and the analysts studied the situation. The agreement will be helpful for the private sector,” said Dr Maung Maung Thein, deputy minister for finance.

ADB, which has previously lent $1 billion for the public sector, estimates that the investment gap for Myanmar that needs to be filled to maintain high economic growth and achieve middle-income country status by 2030 is around $80 billion.

ADB Director Christopher Thieme said that the loan would be distributed immediately after the signing and the interest rate would depend on the market price. He did not comment on the repayment schedule.

The director hinted that more loans can be provided if the project is successful.