The project will include upgrading about 152 k.m. of rural roads with paved surface and climate-resilient features across 150 villages in Ayeyarwady and Magway, two less-developed regions in Myanmar.

Myanmar has one of the lowest rates of rural road access in Asia, with more than 40 percent of the country’s rural population having no access to all-season roads, according to the Rural Access Index database.

The Rural Roads and Access Project, financed by ADB through a $45.4 million loan and a $5.8 million grant from the Asian Development Fund (ADF), will help villagers gain access to all-weather roads and reduce the average travel time for motorized vehicles by at least 18 minutes.

ADB studies showed that over four million people in Myanmar are not connected by road, and 10 million more are connected by roads that are not passable during the rainy season. Only about six percent of the country’s 95,000 k.m. rural road network is considered paved, while 28 percent has a gravel or stone surface, which is typically in poor condition.

The total cost of the project, expected to be completed by the end of 2025, is $52.41 million, with the Government of Myanmar contributing $1.21 million. 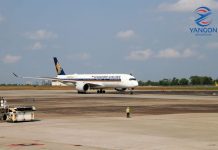 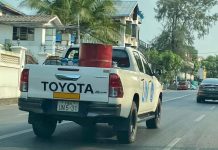