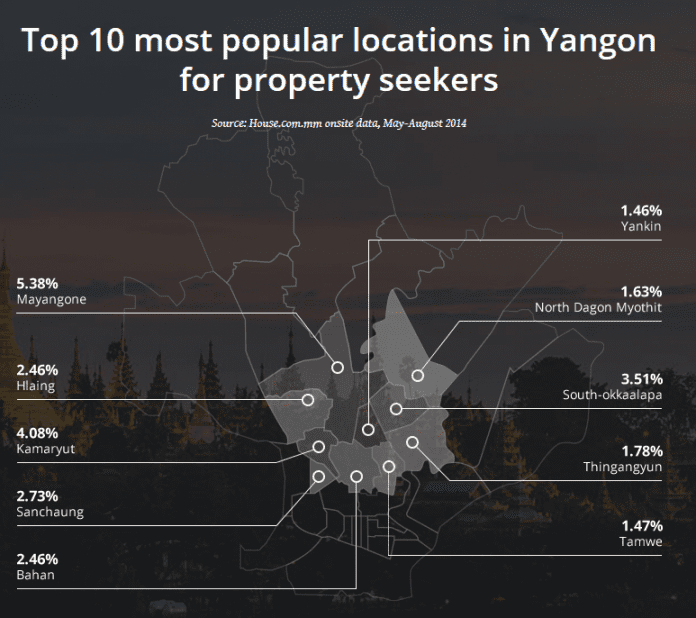 Affordability is top of mind for house-hunters in Myanmar, with more than 60 percent of respondents in a recent survey of online property seekers citing cost constraints as the deciding factor when they are searching for a new home.

The report on real estate in the emerging markets – released by property website Lamudi, which own Myanmar property site House.com.mm – is based on a series of online surveys conducted with house-hunters and real estate agents in each country, as well as onsite data from Lamudi’s global websites.

The customer survey examined house-hunting habits among buyers and renters. While cost constraints emerged as the most important factor for those looking for a place to live, living close to family and friends came out as another motivator for local house-hunters.

As budget constraints override other issues, factors such as the location of the property were deemed less important in Myanmar than elsewhere in Asia, according to Lamudi. 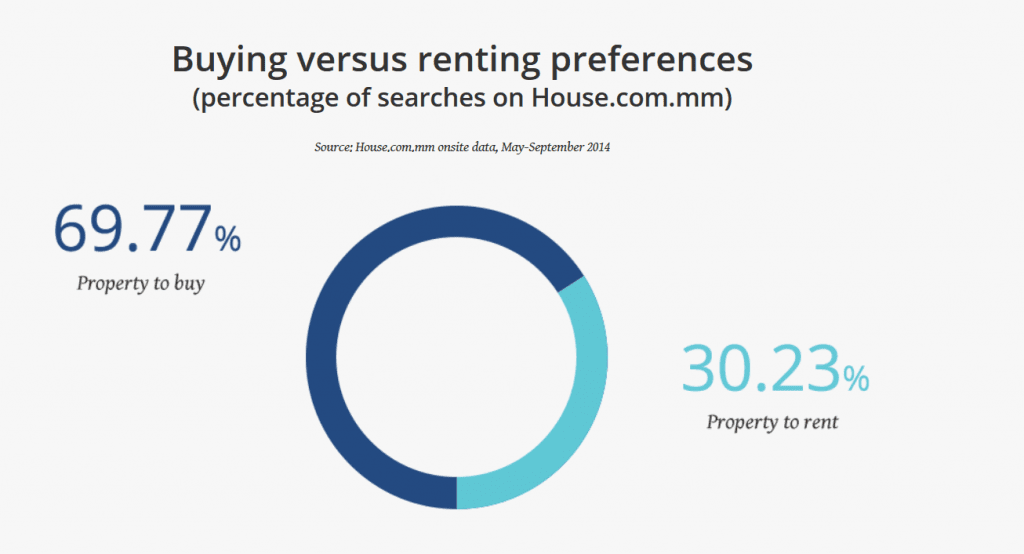 Lamudi’s Global Co-Founder, Kian Moini, said: “The primary conclusion that we have drawn from our research is that the future for Myanmar’s property sector is extremely bright. … Two-thirds of the brokers we surveyed were predicting growth of more than eight percent in the property market over the next year.

“Myanmar’s real estate market is now emerging as one of the most promising in Asia.”

However, the drive to buy property remains strong despite cost factors carrying considerable weight, with nearly two-thirds of renters currently saving to buy a home, House.com.mm data shows. Moreover, 90 percent of renters said they expected to buy property within the next five to 10 years.

Among homeowners, the desire for security rated as the main motivator for people buying property. A large proportion of survey respondents – more than a third – had financial help from family or friends when purchasing a home.

Due to restrictions on long-term loans, mortgages remain uncommon, with 97 percent of homeowners not repaying a loan. However, this may be set to change, with the Construction and Housing Development (CHD) Bank opening its doors in January. The bank is a first for Myanmar, offering long-term loans for buying houses, apartments and condominiums.

The second survey, targeting real estate agents, revealed the extent to which the property market has moved online. Traditional methods of finding property – such as newspapers and dedicated classifieds publications – are still the most popular tools used by house-hunters.

However, 86 percent of agents surveyed said the internet will be increasingly used in the house-hunting process over the next decade.

Ko Kyaw Kyaw from Asia Land Real Estate Services, who was interviewed for the Myanmar chapter of the report, the supply in the city’s downtown area does not currently meet demand, leading to the emergence of new growth areas.

Currently, foreigners face heavy restrictions on buying property in Myanmar. According to Article 31 of the Foreign Investment Law, foreign investors can lease land for up to a 50-year period. However, recent government initiatives provide some encouragement for property investors, including a draft Condominium Law which would allow developers to sell up to 40 percent of condominiums on the sixth floor or above to international buyers.

Another factor that has made Myanmar increasingly attractive to investors is developments in the tourism sector. The Ministry of Hotels and Tourism aims to increase international arrivals to 3.01 million in 2015 and 7.48 million by 2020, presenting a significant opportunity for property investors in the hospitality and holiday rental markets.