Air Mandalay Shows Off New Embraer Fleet Ahead of Relaunch 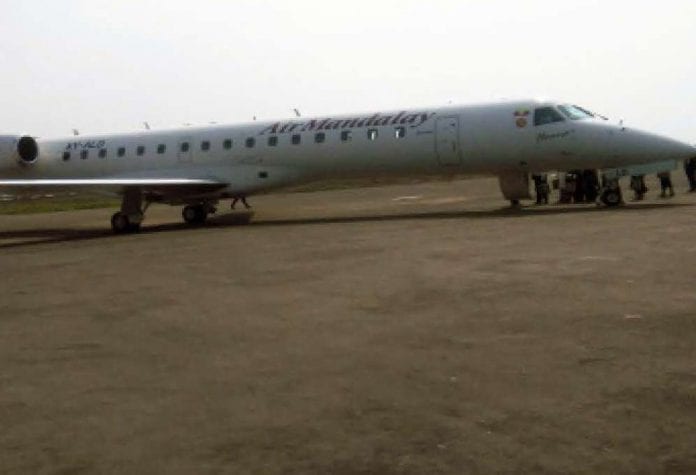 Air Mandalay hosted a special flight to Ngapali for members of the press and stakeholders to display its new fleet prior to its official recommencement of scheduled flights on May 1.

The airline first announced at the Myanmar Civil Aviation Development Conference 2015 that it will be restarting its flights in May.

The hiatus meant that flights were not possible since the former fleet of ATR had been retired to make way for new Embraer jets. However, the airline said during this time Air Mandalay’s pilots and engineers were training in the US, while the ground staff, crew and the office staff were “all united in actively working towards the relaunch.”

The airline added two Embraer ERJ145 that were brought in from the US, as part of a larger expansion plan. These will later be supplemented by new ATR aircraft, it said.

Air Mandalay CEO Sai Park Hpa has admitted that the path has not been easy but he is certain that the company is set for success.

“Without a doubt this period transformation to a democratic era represents a challenge but it is important to stay abreast with the economic development of Myanmar,” Sai said.

“This is why Air Mandalay is expanding its fleet with the introduction of Embraer Regional Jets to mark its 20th anniversary.

“We are happy to unveil a refreshed look to accompany our renewed brand promise. We hope that our passengers will once again embrace Air Mandalay with the affection they used to,” he added.

The airline last year signed an Aircraft Purchase Agreement with Mitsubishi Aircraft in July for an order of six firm MRJ90s with a purchase option for an additional four MRJ90s and signed a memorandum of collaboration with Boeing in November 2014 to work towards Air Mandalay’s fleet renewal efforts. The airline said it has also received a charter booking to Myitkyina by a “high-profile American entity” for March 29 ahead of the official start date.