Air Mandalay to Buy Up to Ten Mitsubishi Regional Jets 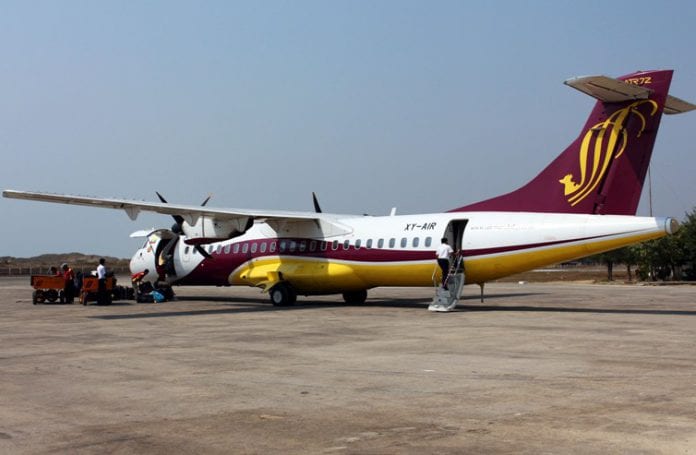 Air Mandalay has signed an aircraft purchase agreement with Mitsubishi Aircraft for an order of six MRJ90s with a purchase option for an additional four, the local private carrier said.

Deliveries of the Mitsubishi Regional Jet (MRJ), Japan’s next-generation regional aircraft, are scheduled to start in 2018.

In the meantime, the airline will be expanding its fleet with six Embraer Regional Jets (ERJ) from Brazil, it said in an announcement at the start of the annual Farnborough International Air Show in Hampshire, England.

Yangon-based Air Mandalay, currently operates turboprop aircraft and is “seeking to expand and enhance its fleet’s capability through the introduction of regional jets,” it said.

“We are dedicated to facilitating transportation in Myanmar and enhancing the travel experience of our loyal customers,” said Air Mandalay CEO Gary J Villiard.

“Our plan is to expand our route structure in order to service our expanding customer base as the country’s air travel requirements continue to show record growth.”

This agreement comes as local carriers try to serve both the local population of – and visitors to – Myanmar, as the country transitions to an international standard air transport structure.

The addition of the MRJ will provide benefits to drive the airline’s expected growth in the region, Air Mandalay said.

Villiard said the company chose the MRJ for its advanced design characteristics, its promised customer support backed by the Mitsubishi parent company and the reliability and economy of the Pratt & Whitney Geared Turbofan Engine (GTF).

Thus far, 325 MRJ are on order but Air Mandalay is the first Asian airline outside of Japan to select the aircraft.