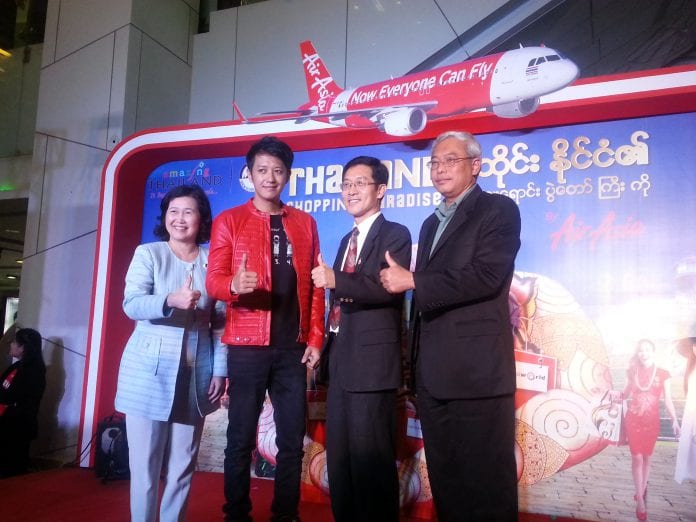 The Tourism Authority of Thailand (TAT) joined AirAsia to boost travel to Thailand by offering discounts, premiums and privileges with a campaign “Thailand Shopping Paradise with AirAsia”.

Major department stores in Thailand including King Power, Central and The Mall are taking part in the new campaign amid dwindling numbers of tourists following a long political turmoil in the Southeast Asian nation.

Wilaiwan Twitsri of the Tourism Authority of Thailand said the “Green Season” is an opportune time to stage promotional events to draw in foreign travellers that will stimulate the local economy.

She said that shopping is a main allure of Thailand as it has some of Asia’s leading department stores and a range of unique products. The TAT’s alliance with AirAsia has allowed it to offer promotional fares while it holds a road show to the high potential markets of China, Myanmar and Vietnam, she said.

“The cooperation between TAT and AirAsia as well as leading department stores will allow travellers to come to Thailand at a cost that leaves them with a healthy amount of shopping funds, which is in line with TAT’s concept of having travellers get great value out of the Kingdom all year.”

Santisuk Klongchaiya, director of commercial for Thai AirAsia, said: “A huge number of tourists from Myanmar visit Thailand by flying AirAsia. We have prepared promotions for especially for Myanmar tourists with low fares tickets to help travellers pay less on flying and spend more in world-class shopping malls.”