AirAsia Ties Up with Suu Foundation 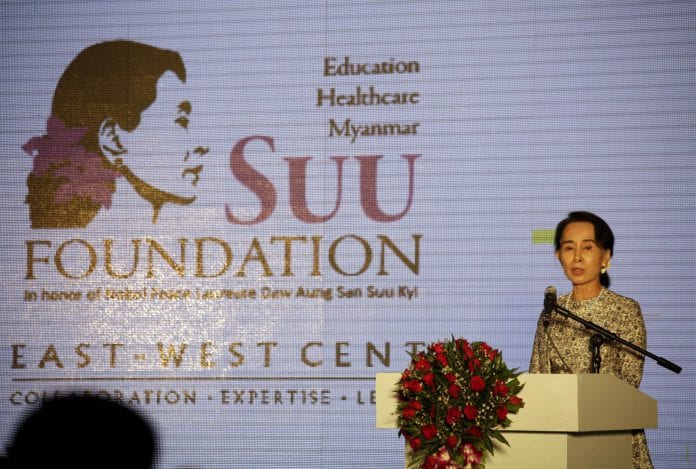 Asia’s largest budget carrier AirAsia has teamed up with The Suu Foundation, which was launched recently at the Co-operative Business Centre in Yangon, in a bid to improve healthcare and education in Myanmar.

AirAsia Berhad CEO Aireen Omar said, “AirAsia applauds the initiative by the Suu Foundation in bettering healthcare and education opportunities in Myanmar and we are proud to support its cause.”

Nobel Peace Prize laureate and the foundation’s creator Aung San Suu Kyi said her foundation aims to raise the standard of health and education in Myanmar and thanked AirAsia for the company’s support.

Former US Secretary of State Hillary Clinton and former US first lady Laura Bush are also supporting the foundation and both are honorary co-chairs of the Suu Foundation.