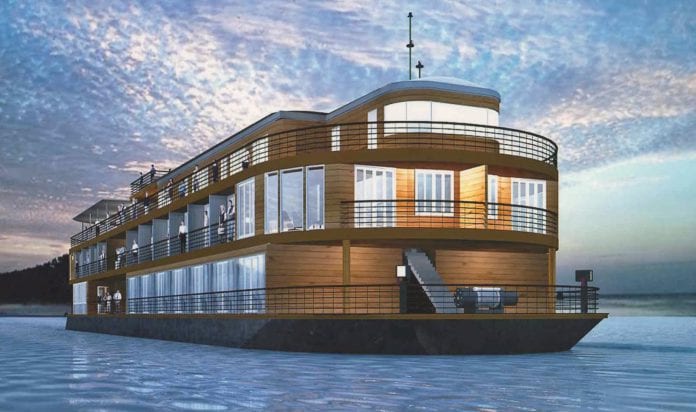 Kristin Karst, the line’s executive vice president and co-owner, met travellers in Yangon to embark on the ship’s sold-out maiden voyage along the Ayeyarwady river, the company said.

“It was wonderful to share our first AmaPura voyage with such a magnificent group of guests, and we look forward to welcoming many other AmaWaterways passengers to Myanmar in the future,” Karst said.

“AmaPura offers travellers an ultra-comfortable, elegant experience, combined with an immersion into the local flavour and culture of Myanmar, which has recently been ranked one of the fastest-growing, emerging destinations in the world,” she added.

Guests onboard the AmaPura inaugural journey were greeted by a local dance group, who put on a cultural performance prior to the ship’s departure. AmaPura then embarked on a 14-night “Hidden Wonders of Myanmar” itinerary, taking passengers on a journey through Myanmar, making a first stop in Mandalay to explore the “Golden City.”

The ship then continued along the Ayeyarwady, with excursions to Mount Popa summit, Buddhist temples, local markets in Myanunaung and villages in Maubin, among others.

AmaPura is named after the former royal capital of Amarapura, meaning “city of immortality” in Sanskrit. The line’s first ship to sail in Myanmar, the 28-suite AmaPura was christened in fall 2014. It features custom-designed public spaces and suites and allows passengers to choose from private French balconies, outside balconies, or twin balconies, which consist of a French Balcony with a second full-sized step-out balcony.

AmaPura’s public areas include a restaurant, main lounge and bar, as well as a pool and sun deck. A shallow draft allows for year-round navigation along Myanmar’s extraordinary Ayeyarwady river, according to AmaWaterways.