AMCHAM’s Myanmar Chapter to Pave the Way for US Investors 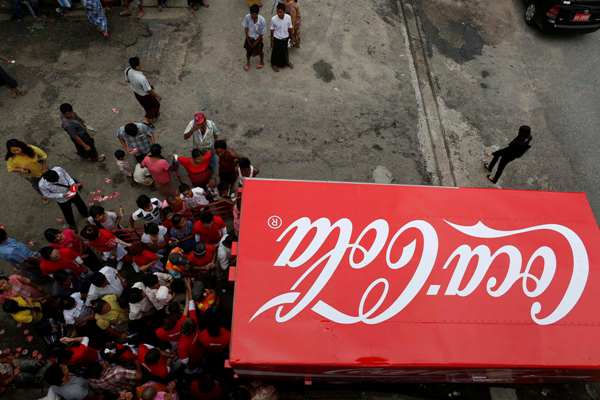 When President Obama’s cavalcade rolled through Yangon’s streets in November last year, it was the clearest indication to date that the US was satisfied with the raft of economic changes happening in the country.
As relations between the two countries continued to thaw, President Thein Sein made the first visit by a Myanmar head of state in almost 50 years earlier this year to the US, one of the fiercest critics of the former military regime.
America’s business community too has taken notice as multinationals such as Coca Cola and General Electric began operations in the formerly isolated state, while many US-based small and medium enterprises (SMEs) – predominately in the service industry – opened offices in Myanmar.
As part of this increased interest, the American Chamber of Commerce (AMCHAM) recently announced the opening of its Myanmar chapter, in order to help US companies navigate the sometimes murky waters of operating a business in Myanmar.
“Interest has been huge,” Judy Benn, executive director of AMCHAM in Thailand and who is assisting in setting up the Myanmar chamber, told Myanmar Business Today.
“We have already signed up 60 companies today and my expectation is that we will have close to one hundred [by the end of] this month.”
Benn added that the chamber has attracted a range of companies from large multinationals and Myanmar companies that represent US Products, for example Ford and General Motors dealerships, to companies in Myanmar that are run by returnees, or ‘repats’, who had previously lived in the US.
The aim of AMCHAM Myanmar, Benn says, is to help companies learn about how to do business in the country, with particular reference to learning about certain regulations and if there are any changes in those regulations, as well as the networking element, an area Benn says is crucial for people newly arriving in the country whether to do business or recruit or gain useful information.
One of the chamber’s first goals is to advocate a Chamber of Commerce law with the Myanmar government, which would allow it to become an independent American Chamber of Commerce in Myanmar, something which is likely to further ease the situation for US businesses in the country.
In June, the US government temporarily suspended all remaining economic sanctions against Myanmar in light of the reform taking place in the country, but some US companies have complained that since these sanctions have not been lifted permanently – something the EU has done – US companies are being left behind by companies from other countries as some doubt still exists due to the sanctions not being entirely lifted.
However, Benn believes that US companies are becoming more and more confident that the sanctions will soon be lifted entirely.
“The sanctions have been lifted [temporarily] at this point and I think most companies are confident that they will be lifted permanently in the near future and you find companies are willing to make the investment in order to be the first into the market and capture these opportunities,” Benn said.
At the launch of the chapter, which was hosted at Yangon’s Chatrium Hotel on October 31, it was revealed that the US Ambassador to Myanmar Derek Mitchell will be the honorary chair of the chamber.
“The launch of AMCHAM Myanmar is a significant milestone in US commercial engagement and I congratulate all of those involved. I look forward to a strong partnership with the new chapter,” Mitchell said.
Despite the Ambassador’s role in the chamber, AMCHAM is private sector, with funding coming through memberships, sponsorships as well as publications and events and while there is a large amount of dialogue between the chamber and the government, particularly with regards to organisation and information, the chamber is able to take its own approach on many things.
AMCHAM Myanmar will initially begin as a virtual office, operating out of offices of one of their partner organisations with some staff from the Thailand chamber taking hold of Myanmar affairs, Benn said.