Americans Make Up the Majority of Myanmar E-Visa System Users 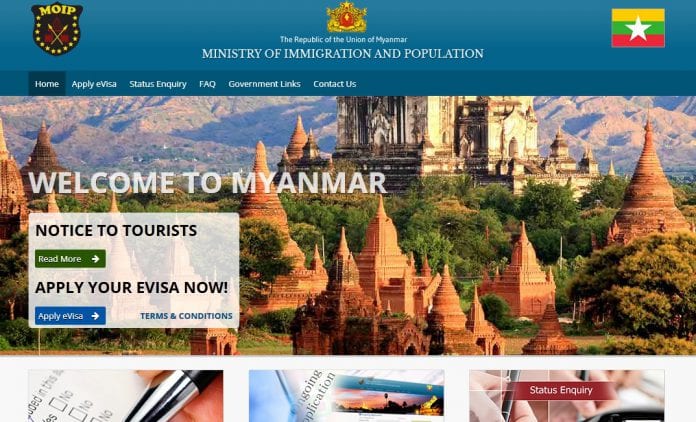 After Myanmar launched its E-visa system on September 1, data shows that Americans make up the majority of the foreign visitors who have used the system to enter the Southeast Asian country so far, a minister said.

“Americans are now the top visitors from the west,” said U HtayAung, union minister for hotels and tourism.

In the past few years, Germany, France and Italy held the top positions among Western countries in terms of the number of people visiting Myanmar.

However, Americans surpassed other Westerners by contributing 6 percent of the total foreign entry into Myanmar in this fiscal year, followed by the French accounting for 4 percent and Germans accounting for 3 percent, according to the Ministry of Hotel and Tourism.

“The number of American tourists has increased after the E-Visa system was installed. I think Americans like flexible and transparent procedures,” said U Htay Aung.

In the first seven months of this calendar year, 1,604,746 tourists entered the country, up by 482,951 compared with last year’s arrivals during the same period.

In 2013-14 fiscal year, Myanmar received over 2.04 million visitors with the target this year set for 3 million foreign entries into the country. This fiscal year has already seen over 1.8 million tourists arrivals, the Ministry of Hotels and Tourism data shows.

Myanmar is experiencing a 40 percent growth rate in tourist arrivals and the World Travel and Tourism Council (WTTC) hinted that Myanmar could rank among the top ten countries witnessing the fastest growth in the number of incoming foreign visitors by the end of the year.

Tourism sector accounts for 3.7 percent of the country’s GDP and the stake is expected to increase by 50 percent to 9.2 percent this year, according to WTTC.

Myanmar issues six types of visas comprising tourist, business, entry, transit, diplomat and multiple entry visas. In June 2012, the government started easing visa restrictions by allowing visa on arrival for business, entry and transit visas. The launching of E-Visa on September 1 is a continuation of the easing process.

E-Visa, which previously covered 43 countries, is now open to over 50 countries.

“People from Spain, which does not have a diplomatic relationship with us are also coming in due to this visa system. We are planning to add more countries in the E-Visa system,” U Htay Aung said.

MOHT is trying to set up direct flight links with western countries to complement the booming tourism industry. The number of visitors arriving by planes last fiscal year didn’t amount to a million, but in the first seven months of this fiscal year the number has already passed 1 million.

They have come solely through the local and regional airlines, the Ministry of Hotel and Tourism said.

In 2012, tourist arrivals at Yangon International Airport increased to 555,000 from 359,000 a year earlier, with most arriving from Thailand, China, France and Germany.