Amid Hints of Taxi Metering, Yangon Urges Taxis to Register 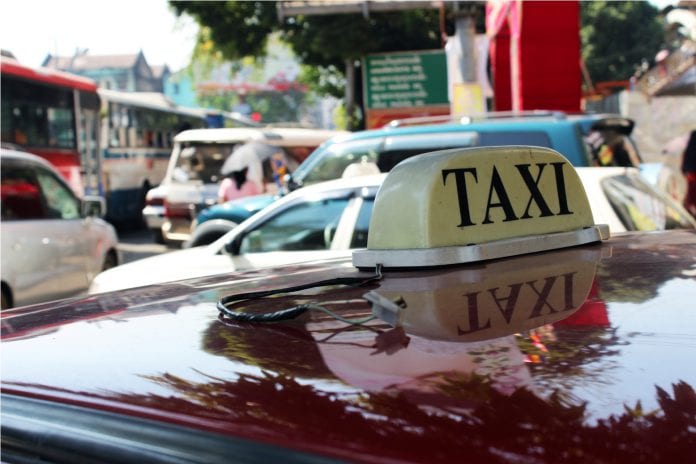 Taxi cabs operating in Yangon without having registered as a city taxi will face charges under the 1964 Motor Vehicle Law, according to the supervisory committee for motor vehicles, Ma Hta Tha.

“At present we are educating the taxi drivers rather than conducting arrests. Many cab drivers have not registered with us. In the future, we will take actions together with the traffic police and the Road Transport Administration Department (RTAD) and the regional government,” said U Hla Aung, chair of Ma Hta Tha.

In order to be able to supervise the taxis and enforce traffic rules, the Yangon region government issued regulations and procedures to register taxis in the city in December 2001. Since then Yangon City Development Committee (YCDC) had handled registration and regulation of the taxis, but transferred the responsibility to Ma Hta Tha in September last year.

When the authority to register taxis was transferred to Ma Hta Tha, there were 55,131 registered taxis, but in three months after it took on the responsibility, Ma Hta Tha has seen only 630 new registrations and 1,121 extensions, U Hla Aung said.

“Taxi drivers are reluctant to sign up with the Ma Hta Tha presumably because they do not think it is necessary to register with Ma Hta Tha … as well as the delay they have faced in securing city taxi registration in the past,” U Hla Aung said.

New traffic laws are being drafted and taxis need to be registered for the new changes to be easily manageable, said U Hla Thaung Myint, vice chairperson of Ma Hta Tha.

“There are plans to install designated taxi stands and price meters. This regulation for taxis to register is not new and has been in effect for a long time,” he said.