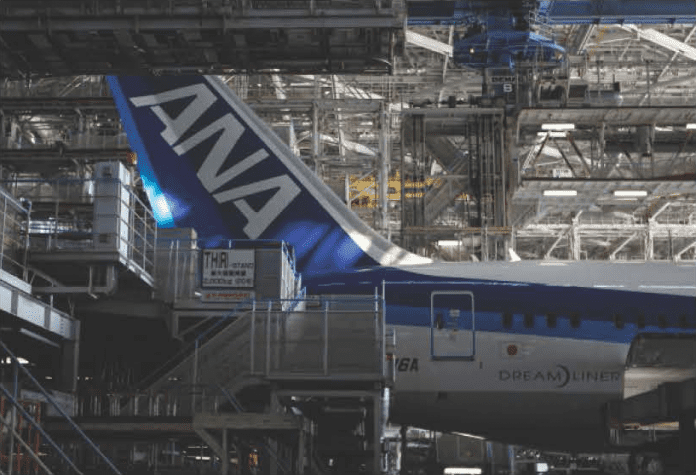 The Japanese carrier will pay $25 million for a 49 percent stake in the Myanmar company, the Tokyo-based carrier said in a statement last week.

As part of the investment, ANA will work with AWA to improve its operational and on-time performance and sup­port its expansion into markets outside Myanmar, ANA said.

Yangon-based Asian Wings started flying in 2011 and oper­ates three Avions de Transport Regional ATR72 planes and an Airbus SAS A321, according to its website.

AWA now only operates domestic services, however, it plans to inaugurate inter­national routes from October with a flight between Yangon and Chiang Mai, Thailand. For  the fiscal year ending March, AWA reported revenue of $17.8 million.

“ANA will provide us the as­sistance to gain internationally recognised standards of safety and services,” Lwin Oo said.

ANA said the investment in AWA is in line with its group corporate strategy for financial year 2013-15 which involves diversification into new growth areas, centred primarily around airline-related businesses par­ticularly in Asia.

ANA’s acquisition will be its first of a new airline since the company raised $1.8 billion in a share sale last year for acquisi­tions and aircraft purchases. ANA said earlier this year it was looking for acquisitions and partnerships in countries including India, Thailand and Myanmar after raising money in the share sale.

“It will help them tap growing travel demand in Southeast Asia,” Ryota Himeno, an analyst at Barclays Securities Japan Ltd, said of the Asian Wings purchase. “It’s a step in the right direction, but they need to make more investments to make the best use of their capital.”

In July, ANA announced it would buy pilot train­ing company Pan Am Holdings Inc for $139.5 million. The carrier also held preliminary discus­sions on buying a stake in Philippine Airlines Inc from San Miguel Corp, the owner of a 49 percent stake in the Manila-based carrier.

ANA joins Coca-Cola, Pepsi and Unilever in expanding in the nation of about 60 million people, after the US eased sanctions last year as Myanmar moved toward democracy following five decades of military rule.

The new airport will be able to handle 12 million passengers a year when it opens for business in 2018. Yangon Interna­tional Airport is also aim­ing to more than double its capacity to 5.5 million by 2016.

“Our aviation sector is still very underdeveloped in Southeast Asia. We ex­pect the country to boom in the near future and if so, the aviation sector will also develop,” Kyi Win, chief executive of Asian Wings, said.