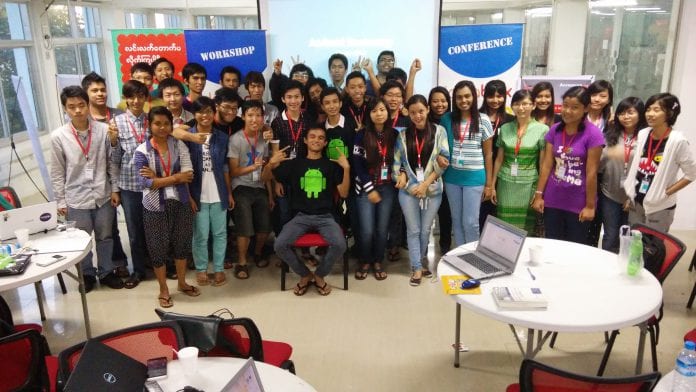 The first edition of this bootcamp was launched in Yangon earlier.

Organised by Google Developer Group Yangon, and sponsored by Google and ideabox Myanmar, participants of Android Bootcamp will have the chance to learn to develop an Android application through the guidance of experienced local developers.

“The first Android Bootcamp in Yangon was a success,” said Kaung Sitt, co-founder of ideabox Myanmar.

“We saw people who were curious about programming but who had no background or experience whatsoever, delight in their ability to create a simple application from scratch.”

The Mandalay workshop will follow the same format as Android Bootcamp Yangon. Veteran developers in the local tech industry will be available to assist participants in the app-building process, as they learn from the skilled instructors leading the workshop.

The workshop is free and open to all, though places are limited and strictly on a first-come-first-serve basis, the organisers said.

Participants will have to bring their own laptop and Android devices, or have to indicate the lack of either equipment during the online registration process.

“I was able to create my own app from scratch though I didn’t have any training before this,” said Moe Lone, participant in the Android Bootcamp previously held in Yangon in September.

Application for Android Bootcamp Mandalay will be accepted on 29 and 30 November in Mandalay.