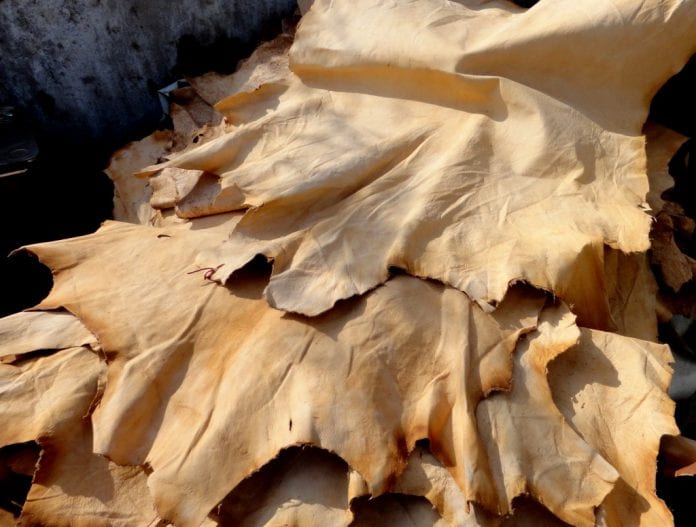 Exports of animal products fell by over $7 million in the current fiscal year due to a Chinese ban, the Animal Product Exporters Association said.

Myanmar previously exported rawhide and finished leather of cows, buffaloes, sheep and goats to China, but in late 2013 China prohibited the imports of animal products and the trade took a hit.

“We have been exporting animal products to foreign countries since 1990. However, now we cannot export to China as their Disease Control Unit has prohibited our products. The export rate has been in decline since late 2013,” U Kyin Su, secretary of the association, said.

Now animal products from Myanmar are mainly exported to India and Thailand, he added.

Myanmar exported animal products worth about $6 million as of the end of February in 2014-15 fiscal, which started in April last year. The exports stood at $13 million during the same period in 2013-14 fiscal year.

Animal products include raw and finished leather, bull horns and bones of animals, according to the association.