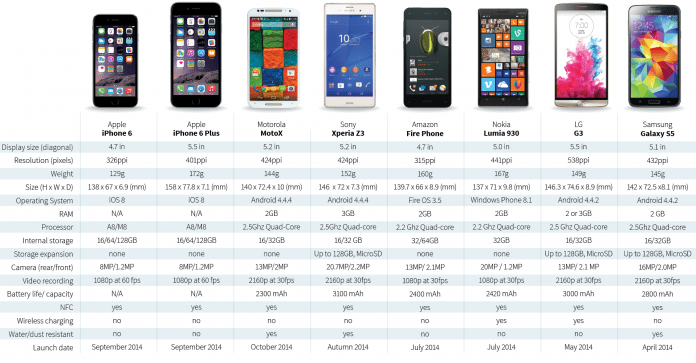 The first new product to be developed and introduced under Cook’s reign is a timepiece tethered to the iPhone that will combine health and fitness tracking with communications. It will price at $349 and go on sale in early 2015.

First impressions were mixed. Some expected Apple to blow away the current competition but others warned the fact that it requires a paired iPhone may limit its sales.

Starting at $349 – $50 more than the cheapest version of the iPhone 6 with a contract, the lofty price tag may also keep some consumers on the sidelines. It could go up to more than $1,000 for higher-end editions, IDC analyst Danielle Levitas said.

The Apple Watch can receive phone calls and messages, play music, serve as a digital wallet to pay for goods and monitor heart rates via special sensors. The watches will come in three collections, including a sport edition and an upscale line coated in 18-karat gold.

“People are kind of scratching their heads on this watch, especially the fact that to successfully use the watch and to take advantage of its capabilities, you also have to have an iPhone,” said Daniel Morgan, vice president at Synovus Trust Company in Atlanta. “I don’t know if they’re in the right direction with this iWatch.”

Still, rival watch and wearable device makers will keep a wary eye on Apple, which upended the music industry and drove once-dominant phone makers like Blackberry to the brink of extinction.

“Not the knockout some were anticipating. A bit gimmicky also on the health end of the wearable bands market,” said Jon Cox, an analyst of Swiss watch companies at brokerage Kepler Cheuvreux in Zurich.

“Not as cool as I feared. Nick Hayek is probably sleeping a little easier tonight,” Cox said, referring to the chief executive of Swatch Group.

The watch is unlikely to increase Apple’s top-line. Estimates vary but IDC expects total global demand of 42 million smartwatches in 2015. Apple sells that many or more iPhones in a good quarter.

But the pressure was on for the world’s largest tech company to wow, after a years-long drought of products beyond new iPhones and iPads. The prospect of a new gadget attracted a broader swathe of attendees than usual, with celebrities, fashion industry editors and even healthcare executives rounding out the mostly tech-industry crowd.

In a rare move, Apple had planned on livecasting its entire event online, with a simultaneous translation in Chinese. But the livestream went down about a half-hour in, prompting many users to take to Twitter to express their frustrations.

Also, the company took the wraps off a larger, 4.7-inch iPhone 6 and 5.5-inch iPhone 6 Plus. They will support more than 200 telecoms carriers worldwide, including all three in China – a key growth market for the company.

And it introduced a new mobile payments service dubbed “Apple Pay.” Each phone will come equipped with its new payments service, which launches in the United States next month and allows users to pay for items in stores with their phones instead of physically presenting their credit or debit cards.

Launch partners include Walt Disney Co, McDonald’s and Whole Foods. The move gives Apple access to a trove of data on how consumers shop in brick and mortar stores, where more than 90 percent of US retail sales are still conducted.

Each new iPhone will come with a “secure element” chip and a near-field communications, or NFC, antenna.

Ben Milne, CEO of Internet payment network Dwolla, wanted to hear a lot more about how Apple will tackle the aging payments infrastructure. Apple Pay should get some level of mass adoption based on the number of iPhones out there, but Apple will have to tackle the current high costs of payment processing to make its new feature more widespread, he said.

“The old architecture that payments are driven on is not up to snuff for the future they want to build,” Milne said. Reuters