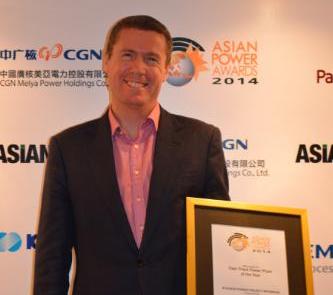 The Asian Power Awards recognise the “best-of-the-best” practices in Asia’s power generation and power supply industries, and identify projects, technologies, services and people that are significantly enhancing the power sector in Asia.

APR’s power plant, which went live in June, is one of the largest thermal power plants in the country, enabling the provision of electricity and power to more than six million people.

The contract for the plant, which was signed in February, was the first agreement between an American firm and the government of Myanmar for power generation since the lifting of sanctions.

“We look forward to playing a continued role to help Myanmar supply power efficiently and reliably to its people and industries.”