Home Entertainment As Fires Spread, So Do Player Concerns Ahead of Australian Open 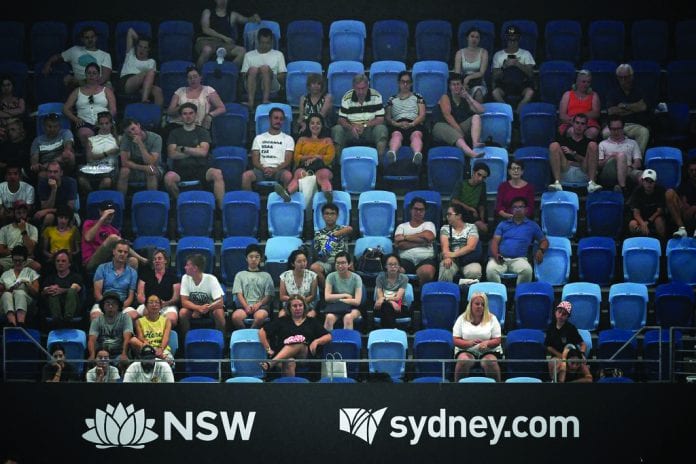 BRISBANE, Australia
With the start of the Australian Open less than two weeks away, the wildfires ravaging the country’s southeast have forced the relocation of a second-tier men’s tennis tournament and stirred concern that the first Grand Slam tournament of the year could also be disrupted.
With at least 24 people killed and hundreds of homes lost in the fires, and winds blowing smoke toward several large metropolitan areas, including Melbourne, the site of the Open, tennis has become an afterthought instead of maintaining its usual status as a centerpiece of the Australian summer.
Calling its decision “unprecedented,” Tennis Australia on January 3 announced the relocation of the Canberra International, which was scheduled to begin the following Monday in the Australian capital. The event was moved nearly 400 miles southwest to Bendigo, a town in Victoria about two hours northwest of Melbourne. The air quality in Canberra has been rated the worst of any major city in the world and was deemed too poor even for the tournament to be held indoors.
Liam Broady, a British player ranked 240th, was one of more than 100 players who had planned to start the 2020 tennis season at the Challenger event in Canberra. When he arrived, he found the city streets largely empty and the sun unable to pierce the thick ash in the air, making it dark in the late afternoon.
Conditions in Melbourne, host of the Open, have been fluctuating. Shifting winds have sometimes carried smoke from nearby fires into the city.
Denis Kudla, an American player who trained in Melbourne before heading to Bendigo, said he could not inhale or exhale fully without coughing during his practice session.
“If it’s anything like yesterday, I don’t think it would be safe over a two-, three-week period,” Kudla said of potential conditions for the Australian Open. “You could play, but who knows what damage we’re actually causing to ourselves? It can’t be good.”
Two weeks of main draw play in the Australian Open are scheduled to begin January 20, with the tournament’s qualifying rounds starting a week earlier.
Novak Djokovic, a seven-time Australian Open champion and the president of the ATP player council, said that he planned to put air quality considerations on the agenda for the pretournament player meeting in Melbourne. The topic has come up before, related to playing amid air pollution in China.
“If it continues the same way and if the quality of air is affected in Melbourne or Sydney, I think Tennis Australia probably will be forced to, I think, create some rules about it,” Djokovic said.
Tennis officials in Australia have said they do not plan to move any other events, but they have “committed substantial extra resources” to monitor the air quality, Craig Tiley, the Australian Open tournament director and Tennis Australia chief executive, said in a statement.
“Assessing the likelihood of smoke-induced interruptions is a bit like how we treat heat and rain,” Tiley added. “We have experts who analyze all available live data as specific to our sites as possible and consult regularly with tournament officials and, in the case of heat and smoke, medical experts.”
He continued: “The health of players, fans and staff is a priority at all times and we will continue to make these decisions with that in mind.”
The ATP Cup, a new team competition, began January 3 with round-robin play in Sydney, Brisbane and Perth. The knockout rounds was shifted to Sydney January 9.
Tim Henman, the captain of the British team in the competition, played down the impact on his players “in the context of what this country is going through.”
The effect on cities is largely dependent on which way the wind is blowing.
“Nothing has ever been close to postponing or canceling a Slam, so this is going to be a tough decision, naturally,” Kudla said. “But if the smoke gets worse, I couldn’t imagine potentially playing a four-, five-hour match and not coughing like crazy postmatch trying to recover and feeling awful.”
As players and organizers wait to see if the air quality in Australia deteriorates further, relief efforts have begun within the tennis community.
“The inordinate loss of people, wildlife, stock, homes, schools and businesses is going to require an extraordinarily widespread effort to get these families and communities back on their feet,” Tiley said. “Our aim is for tennis to play a significant role where we can to help that recovery.”