As Fish Exports Rise, So Do Domestic Prices 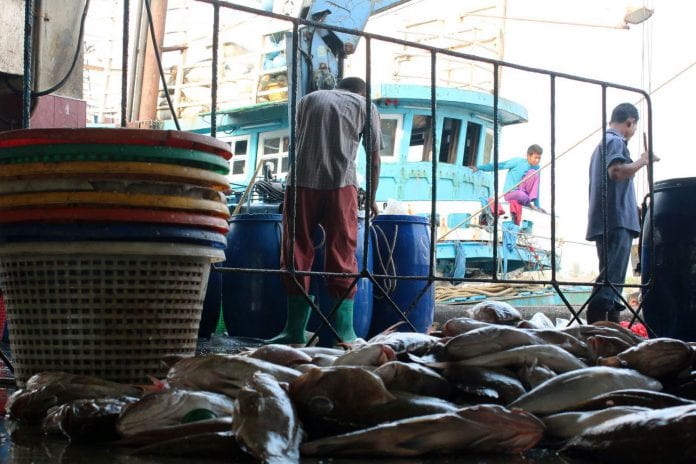 Increased exports fuelled by the strong dollar are behind the rise in fish prices within Myanmar, according to an official from the Myanmar Fisheries Federation.

The strong dollar and falling kyat have made Myanmar's fish more attractive to international buyers, leading to a shortage in the domestic market and causing local prices to rise. The dollar has consistently been above K1,100 in the recent weeks.

U Win Kyaing, general secretary of Myanmar Fisheries Federation, said, “The price of fish increases as the rate of dollar increases. The increases are mainly for Rohu, a type of carp. Previously, the price was K2,800 per viss (1.6 kilograms), now it is K3,000 per viss.”

U Tun Aye, chairman of the Myanmar Fisheries Products Processors and Exporters Association, said, “The price of shrimp and fish has become high, especially due to demand from the EU and the US.”

A fish seller from Nandawon market in Yangon said, “The price has not only increased for retail, but it also has become costlier and more difficult to buy fish wholesale. Now, we keep needing to explain to customers that the wholesale price is high and that’s why they can’t get cheap fish.”

Last year was a low point for Myanmar's fish market, when fish worth only $400 million were exported, but numbers have increased steadily in 2015.