As Myanmar Opens Up, Miners Weigh Potential Versus Risk 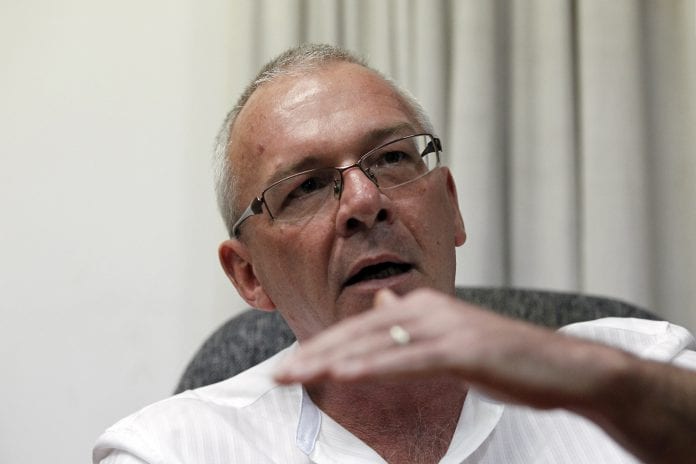 With abundant mineral wealth from jade and rubies to copper and coal, Myanmar ought to be looking forward to a mining boom as it opens up its economy. But long-running insurgencies and a murky regulatory framework are holding back all but the intrepid.

Foreign investment in the Southeast Asian country as well as home-grown development were held back by 49 years of military rule that ended when a quasi-civilian, reformist government took office in 2011 and started courting investors.

The security and regulatory risks remain daunting, however, and although 69 foreign firms have registered to work in Myanmar’s mining sector, only 11 are operating.

One of them, Asia Pacific Mining Ltd (APML), has been granted an exploration licence covering 650 square km (250 square miles) in restive Shan State, where it hopes to find deposits of lead, zinc and silver.

On January 5, APML announced that its first month of exploration had yielded “significant discoveries of massive sulfide silver-lead-zinc mineralisation” and said it expected to start exploratory drilling by April.

APML’s concession surrounds the Bawdwin mine, which CEO Andrew Mooney said was the world’s largest source of lead and zinc in the 1930s.

“(Myanmar’s) been off the radar since the 1960s,” he said. “In Southeast Asia, Indonesia is the major mining powerhouse. I think Myanmar has the potential to overtake it.”

A tumble in commodity prices may also deter some. Silver has lost two-thirds of its value since 2011 and zinc has shed almost 20 percent since then.

Myanmar’s government cannot put a precise figure on its potential mineral wealth and is unable to provide data on the sector’s worth before 1989.

With $2.86 billion in foreign investment since 1989 – an annual average of just $114 million – its mining sector is tiny compared to that of Indonesia, where coal exports alone generate revenue of over $25 billion a year, even at current low prices.

The limited surveying work done suggests large resources. “Judging by the size of its mineral deposits, you would expect a bonanza,” the Oxford Business Group, an investment and economic consultancy, said in its 2014 report on Myanmar.

Yet for now, Myanmar is the domain of small, wildcat companies specialising in high-risk frontier investment.

Conflicts between the military and numerous ethnic minority armies have flared since the 1950s and much of the mineral wealth is in areas controlled by insurgents keen to get a share of the spoils under any peace deals.

Underlining the risks, fighting was reported near APML’s concession area three days after it announced its licence in October.

And earlier this month, a woman was killed and about a dozen other people were wounded when police and villagers clashed in central Myanmar during a protest over the expansion of a copper mine owned by a Chinese firm and a Myanmar company controlled by the military.

Legal hurdles are a problem, too: a new mining law has been held up in parliament for more than a year. The bill in its initial form did not inspire confidence among investors.

It lacks guarantees for firms to develop and exploit minerals found through exploration, said Vicky Bowman, a former Rio Tinto executive who is now director of the Myanmar Centre for Responsible Business.

“The law has got stuck in parliament. It’s been through various committees,” she said. “But I think now people are realising that the current draft, if adopted, would mean an opportunity to bring the sector up to international standards had been wasted.”  (Reuters)