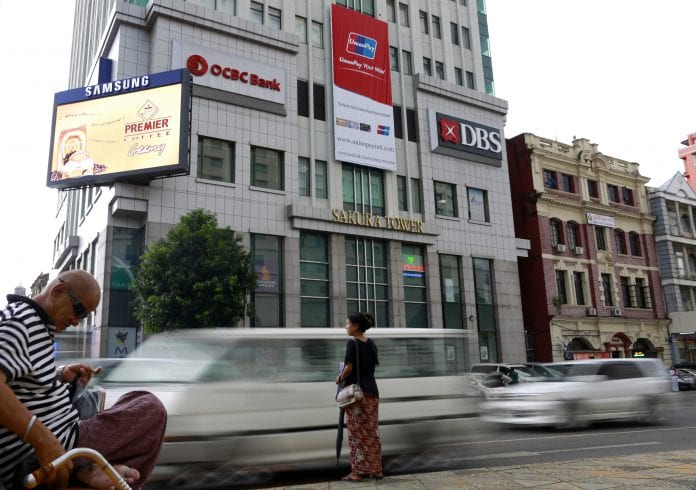 Asian businesses are gaining a foothold in Myanmar far quicker than those from Europe and North America, with China, Thailand, Hong Kong and Singapore accounting for nearly half of the firms setting up in the fast-changing country.

According to the government’s Directorate of Investment and Company Administration (DICA), 134 Singaporean, 80 Thai, 73 Chinese and 85 Hong Kong companies signed up to do business in Myanmar by September 30. That compared with 18 from Canada, 15 from the United States, 15 from Australia, 10 from Netherlands, three from France and two from Germany.

British companies have shown by far the most interest among the Europeans, with 75 businesses set up in the former Burma.

Myanmar is in the midst of shake-up in its fledgling economy, with moves to attract investment steered by a reformist, semi-civilian government that took office in 2011 after the end of 49 years of military rule.

Despite being rich in natural resources, including timber, oil, gas and precious stones, investment during military rule was limited by Western sanctions and concern about doing business in an unstable economy run by exploitative, venal generals.

Fifty-one Japanese businesses have been registered, 100 South Korean and 50 from Malaysia, according to DICA, which said there were now 783 foreign-invested enterprises in Myanmar.

Investment from Western multinationals has started to flow in after a slew of new laws were passed and plans drafted to boost decrepit infrastructure. Coca-Cola, Yum Brands and Pepsi are keen to tap a market of more than 50 million consumers and Norway’s Telenor and Qatar’s Ooredoo started cellphone services this year.

Myanmar in September revised its forecast for foreign direct investment to more than $5 billion for the fiscal year that began in April – 15 times more than during the final year of military rule in 2009-2010.

Though the United States and European Union have suspended most sanctions, many firms remain cautious about making commitments, with concern over corruption, legal uncertainty and reputational damage from forming partnerships with individuals on Western blacklists.

“It’s all about the US sanctions,” said Gregory Miller, a partner with Myanmar Capital Partners, a Myanmar focused investment firm. “The Asian firms are more attuned to the way Myanmar does business than Western companies.”  (Reuters)