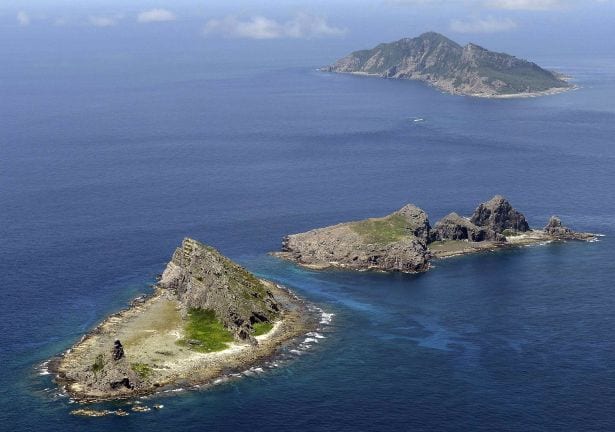 China published coordinates for the zone in the penultimate week of November. The area, about two-thirds the size of the United Kingdom, covers most of the East China Sea and the skies over a group of uninhabited islands at the centre of a bitter row between Beijing and Tokyo.

Japan and its close ally, the United States, sharply criticised the move, which experts said was aimed at chipping away at Tokyo’s claim to administrative control over the area including the tiny uninhabited islands known as the Senkaku in Japan and the Diaoyu in China.

While China said the new rules would not affect “normal operations” for international flights, it added that it would take “defensive emergency measures” against aircraft that failed to identify themselves properly.

“China has already been sending its ships (there). It is clear China is trying to undermine Japan’s administrative control. Now they are stepping up their effort in the sky as well,” Maeda said.

Japan protested the move, warning of an escalation into the “unexpected” if Beijing enforced the rules. US Secretary of State John Kerry urged China to exercise restraint.

While Washington does not take a position on the sovereignty of the islands, it recognises that Japan has administrative control over them and is therefore bound by treaty to defend Japan in the event of an armed conflict.

In a continuing war of words, China’s Defence Ministry said on Monday last week it had lodged protests with the US and Japanese embassies in Beijing over the criticism from Washington and Tokyo of the zone.

Yi Shin-Juang, deputy director of the air-traffic service division of the Taiwan Civil Aeronautics Administration, said Taiwanese carriers would issue similar notifications, but would not be required to adjust flight paths.

An official at the Japan Civil Aviation Bureau said Japanese airlines flying through the region to non-mainland Chinese destinations would likely need to inform China of their plans. “Airlines have been advised to take greater care in the area,” said another bureau official.

Korean Air said China’s proclamation meant flight plans would have to be delivered to Chinese authorities but the routes its pilots took would not be affected.

A spokeswoman for Qantas Airways Ltd also said Qantas air crew would have to comply with the new rules when operating in the air space in question.

Japan Airlines and ANA Holdings said the zone had not affected their flights through the area.

Asia and Western diplomats said the zone was a problem for Japan, the United States and other countries that may be wary of any acknowledgement of China’s claims over the area.

“No one wants to be in a position where by following Chinese instructions you are giving tacit acknowledgement of their sovereignty over a disputed area,” one Asian diplomat said. “And there is a fear that is precisely the game that is being played – it seems no accident that the disputed Senkaku islands are now in the heart of overlapping zones.”

Japan has its own Air Defence Identification Zone but officials said Tokyo only required aircraft seen to be approaching Japanese territorial airspace to identify themselves.