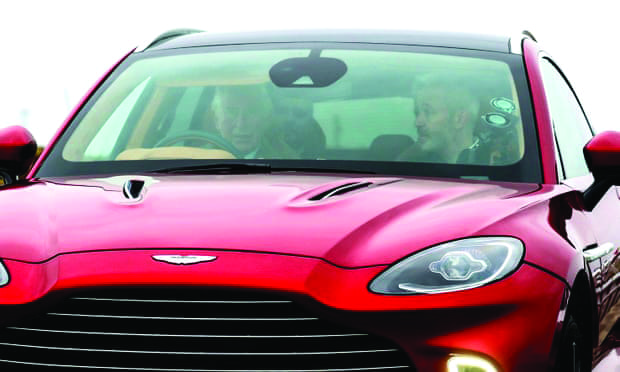 The firm, famed for being fictional agent James Bond’s car of choice, posted a pretax loss of 104 million pounds ($135 million) last year compared with 68 million pounds in 2018 following a 9 percent decline in sales to dealers.

Aston Martin is in the midst of restructuring after announcing in January that a consortium led by Canadian billionaire Lawrence Stroll would buy up to 20 percent of the company and existing shareholders would inject more cash.

Its shares, which were listed in October 2018, have been on a steady downward trajectory ever since and hit a record low of 328 pence following the announcements on February 27, more than 80 percent lower than their flotation price.

“The big difference between last year and this year is the strength of the balance sheet,” Chief Executive Andy Palmer told Reuters. “We’re in a very different place and have therefore an ability to properly destock and that means get the balance right between supply and demand.”

Chief Finance Officer Mark Wilson will step down from his role no later than April 30 but had not been fired, said Palmer.

China, Aston’s fastest growing market, was a rare bright spot last year with sales rising 28 percent but the company, like the rest of the industry, has seen demand drop due to the coronavirus outbreak.

The virus has infected more than 80,000 people and killed about 2,800, the majority in China, confining millions to their homes, disrupting businesses and delaying the reopening of factories after the extended Lunar New Year holiday break.

Aston has seen disruption to the arrival of certain parts but said it had not had to stop production at its factories, with components secured until at least the end of March because it has no direct suppliers in China.

“Since almost the first weeks of the New Year we’ve had issues with those Tier 2 and Tier 3 [suppliers] which have meant that our supply chain guys have had to be on it constantly,” said Palmer.

“We’re ironically benefitting from the fact that we built up a Brexit stock,” he said, in a reference to extra components the firm held in case Britain’s departure from the European Union led to additional delays in the movement of goods.

The firm said deliveries of its crucial first sport utility vehicle, the DBX, were scheduled for the summer but subject to any impact from the outbreak on the supply chain.

As part of several changes announced in the last few weeks, Aston Martin is delaying plans to electrify its range, taking a 39 million-pound charge, and focusing on hybrid vehicles for now, starting with the Valhalla model in 2022.