ATMs to Change Money by Next April 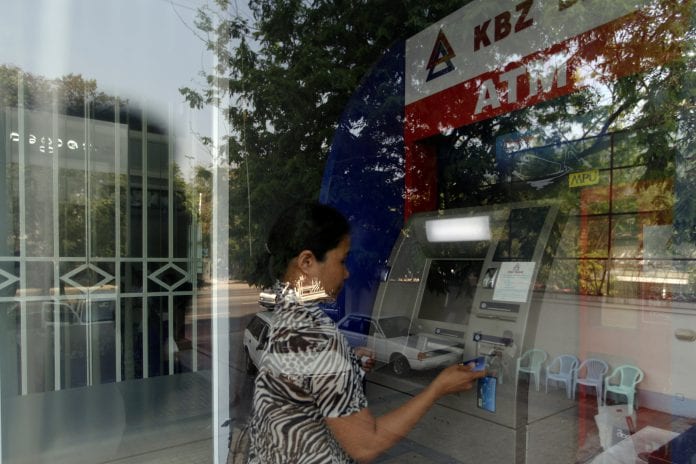 Automatic money changing services will be introduced to private banks’ ATMs in the beginning of the next fiscal year, U Set Aung, deputy governor of Central Bank of Myanmar, said.

“ATMs will be opened at main areas of Yangon and Mandalay during the 2016 Thingyan Festival in April. Exchange counters will be opened by KBZ Bank, Ayeyarwaddy Bank and CB at Yangon International Airport, Shwedagon Pagoda and shopping centres.”

There are 21 private banks and 175 companies which have been awarded money changer licences by the Central Bank.