Audi Sticks to Profit Margin Goal Despite Costs of Growth 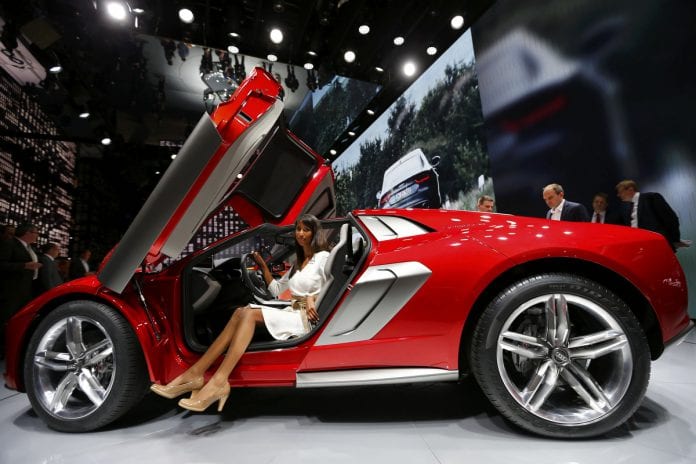 German luxury-car maker Audi stuck to its full-year profit target even as higher costs of plants and technology inflicted a double-digit drop in third-quarter earnings.
The Volkswagen-owned division is pushing costly overseas expansion, adding capacity in China, Mexico and Brazil as the brand aims to topple luxury-sales champion BMW by the end of the decade.
Audi’s second Chinese factory will start production at the end of the year while the carmaker is spending almost €1 billion ($1.35 billion) on a new site in Mexico to build the next generation of the Q5 compact SUV from 2016.
“We’re making high upfront expenditures and investments now and in upcoming years in order to create an even stronger global position for Audi,” finance chief Axel Strotbek said in the quarterly earnings statement last week.
Audi reaffirmed its goal to achieve an operating profit margin “at the upper end” of a target range between 8 percent and 10 percent this year, even as third-quarter operating profit plunged 17 percent to €1.10 billion, missing the lowest estimate of €1.13 billion in a Reuters poll.
Profit from Audi, which accounts for about 40 percent of VW group operating earnings, funds the parent’s drive to surpass General Motors and Toyota as the world’s biggest carmaker by 2018.
Daimler’s Mercedes-Benz, which also includes the Smart city-car brand, posted a 23 percent jump in third-quarter earnings before interest and tax (EBIT) to €1.2 billion.
However Audi’s third-quarter operating margin of 9.4 percent beat the 7.3 percent return on sales at Mercedes.
Audi, based in Ingolstadt, Germany, also stood by a goal to hit its sales target of 1.5 million cars and SUVs in 2013, two years early.                                        Reuters