Aureum Palace Resort & Spa: A Place to Stay on a Weekend Getaway in Ngwe Saung 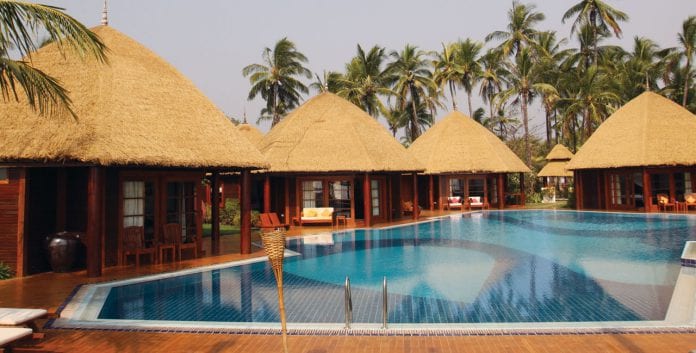 Before Myanmar became one of the world’s most attractive tourist destinations, many visitors in the country stuck to the tried and tested ‘Big Four’ places – the lively former capital of Yangon, the calm serenity of Inle Lake, the history and Buddhist culture of Mandalay and the vast, temple-clad plains of Bagan.

Even today, as Myanmar attracts upwards of 1 million foreign tourists a year, alternative destinations are little known about. But look closely and they are there. There is the lush, abundant Karen state, the mountainous temples of Kachin and the ‘Buddhist Disneyland’ that is Bago. Little known also are Myanmar’s beach destinations.

Sitting on the country’s western shore, near to the attractive Bay of Bengal, and just a few hours’ drive from Yangon, lies Ngwe Saung a small, simple, but striking beach destination.

Translated as ‘Silver Beech’, Ngwe Saung’s beach is 15 kilometres long, with white pristine sand and faultless turquoise water. During rainy season the sea gets choppy, making it a difficult place to swim, but in other times of the year, the warm water is the perfect temperature to relax in. As you relax there, coconut palm trees swaying in the wind, looking at the almost empty beach, you quickly realise that there are few places like this elsewhere in the world.

There are few activity options at the beach, but that hardly matters in such a pristine, beautiful place. Along the beach’s northern end two quaint pagodas sit atop some rocks, while the southern end is dominated by “Lovers’ Island” a forest-dense, beautiful island that lies a few hundred metres from the shore.

When the tide is down, visitors can walk to the tranquil spot. Other options include snorkeling, and traveling around by motorbike, but the real reason you are here is to relax in such a tranquil, beautiful spot.

Accommodation options are reasonably limited too – in 2013, Ngwe Saung had 16 hotels operating 714 rooms.

The luxury resort at Ngwe Saung is the largest property in the area, with two-thousand feet of beachfronts, which include luxurious, spacious cottages up to five-star standards.

Activities at the hotel include vast facilities which include an extensive spa facility, a beachside swimming pool, two restaurants, two bars, as well as access to a nearby golf course and a variety of leisure activities.

The hotel can also provide activities for guests, including boat and fishing trips, snorkeling trips, elephant camp visits and cooking lessons, which also include a visit to a local market.