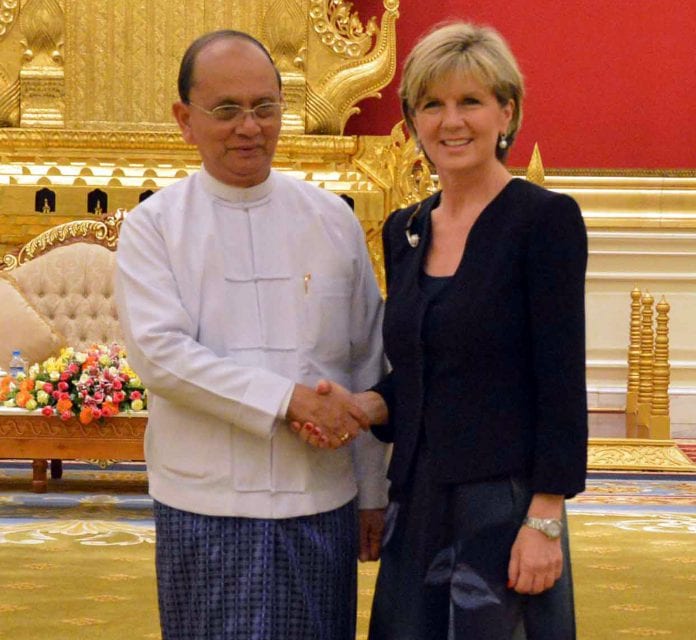 Australian Foreign Minister Julie Bishop has announced plans by her government for “increasing educational opportunities for primary and tertiary students” in Myanmar.

During her recent three-day visit to Myanmar, she said the Australian government will provide a $27.8-million funding to boost services in 43,000 schools and strengthen teacher training colleges for tertiary sectors.

“Education is essential to the success of the Myanmar government’s broader reform efforts. Improvements in education will help people develop the skills to take advantage of the expanding economic opportunities,” she said in a statement.

This funding is in addition to Australia’s commitment of $24.6 million, aimed at promoting “economic growth and community engagement with the peace process.”

Myanmar’s education system still suffers the legacy of chronic underinvestment and mismanagement in almost every school and educational institution – with past governments failing to provide investment or upkeep.

With less than half of students finishing secondary schooling, Myanmar faces the issue of falling participation rates in its education system, inflamed by the fact that many children do not enrol or for many are unable to attend primary school.

The Australian government, in cooperation with the Ministry of Education and the World Bank, will expand existing school-grant and stipend programs in addition to added programs of training and curriculum-management assistance.

President U Thein Sein visited Australia last year, meeting with ex-Prime Minister Julia Gillard, in what was widely seen as a historic visit.

Such a move was predicted following the change of Australian governments late last year but has been tipped as threatening some diplomatic gains made between the two countries.