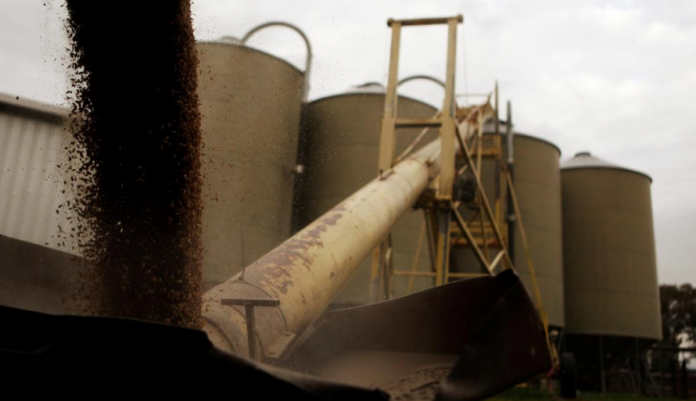 FORT COLLINS, Colo., May 19 (Reuters) – It was bad news for Australian barley growers on Monday as China applied an 80.5% import tariff on the grain, likely a similar gut-punch felt by U.S. soybean farmers when their trade was all but choked off with China two years ago.

The effective banning of Australian barley into China may benefit U.S. growers, but the potential dollar value will be minimal up against huge trade targets outlined in the Phase 1 trade deal.

So far, the United States’ experience has not been great when it comes to interrupted trade with China, as those relationships have yet to revert to pre-conflict levels, so Australian farmers could be in for a drawn-out event.

The decision came following an anti-dumping, anti-subsidy investigation launched in 2018. Beijing justified the penalty on Tuesday, citing Canberra’s water market as a subsidy for Australian growers.

That water scheme aims to improve the wellbeing of an ecologically vital river system and primarily affects eastern Australia. Critics of China’s reasoning have pointed out that nearly all Australian barley sold to China comes from the west coast.

However, China was upset over Australia’s recent call for an independent inquiry into the origins of the coronavirus. Some market watchers speculate that this could be the true reason for such harsh measures, especially since Beijing last week suspended beef imports from four of Australia’s largest meat processors.

Several U.S. agricultural products have been the target of Chinese duties in recent years, and the trade relationships have not fully recovered in most cases.

Soybeans, the top U.S. farm export to China, are the most obvious example. The onset of the trade war two years ago battered the U.S. soybean market, as nearly 60% of those exports typically went to China each year.

But even after the signing of the Phase 1 trade deal in January, big purchases have yet to return. Chinese bookings of U.S. soybeans for delivery in the current marketing year that ends Aug. 31 are nearly half pre-trade war levels.

Early in 2018, China launched an anti-dumping probe against U.S. sorghum that resulted in steep tariffs two months later. China cancelled that probe in May 2018, only to include the grain on its list of goods facing import duties as the trade war began that July.

Even though relations have thawed since then, U.S. sorghum sales to China are still less than half of what they might have been without the trade war.

In the case of distillers’ dried grains, or DDGS, U.S. exports to China have been suffering since before the trade war. China in 2016 slapped anti-subsidy, anti-dumping tariffs on U.S. DDGS, a byproduct of corn ethanol production used in animal feed, and those duties increased further in early 2017.

Exports of U.S. DDGS to China in the most recent years have been at least 90% lower than pre-probe levels. Beijing last June rejected a U.S. request to suspend or reduce these tariffs.

Aside from Australia, China sources a lot of its imported barley from Canada. Nearly three-fourths of Canadian barley exports have gone to China in the last two years.

Canada is no stranger to trade woes with China. In March 2019, Beijing blocked shipments of canola from several Canadian exporters, citing the discovery of pests.

However, most market watchers believe that Canada’s December 2018 detention of a Chinese telecom executive, not pests, was probably the real reason behind the trade blockage.

China had been the largest buyer of Canadian canola, but Canada was lucky enough to be able to offset most of those losses over the past year through increased market share to other countries.

China lifted some of those restrictions on Canadian canola this March, but according to the Canadian foreign ministry in early April, China had yet to resume all imports.

Last week, China’s customs website posted a notice that it will allow imports of U.S. barley. The Phase 1 trade deal required the implementation of a phytosanitary protocol to allow the previously unapproved U.S. grain to enter China.

But this move is likely to have a very limited footprint on the Phase 1 deal, which calls for China in 2020 to increase U.S. agricultural imports by at least 50% over 2017 levels to $36.5 billion.

The U.S. Department of Agriculture sees U.S. barley production at just under 4 million tonnes in 2020-21, and that compares with a wheat crop estimate of nearly 51 million tonnes. Most of the U.S. barley crop is grown under contract for domestic maltsters, but China’s import nod could allow for any barley that does not meet malting requirements to be shipped to China for use in feed.

The growing season has just begun in the United States, and as of May 17, farmers were 72% finished with seeding. U.S. barley is primarily grown in Idaho, North Dakota and Montana.

The United States’ recent barley exports would not even register a blip against the Phase 1 trade targets. USDA predicts 2019-20 U.S. barley exports at 131,000 tonnes. For comparison, U.S. wheat exports are pegged at 26.4 million tonnes in 2019-20.

U.S. barley exports were valued at $35.6 million in 2019, and Japan was the top destination. USDA’s weekly export sales tracks U.S. barley bookings, so potential Chinese purchases can be monitored.

USDA projects the United States will have 2 million tonnes of barley on hand on May 31. If China bought that entire stockpile today, the total haul might amount to around $500 million, at best. (Editing by Stephen Coates)