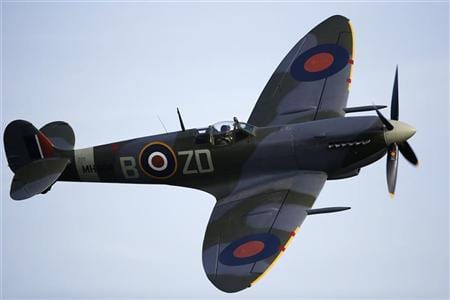 An Australia-based gold mining company has offered to purchase one of the Spitfire fighters, which are currently being excavated in Myanmar, said a member of the excavation team.

“A high official from an Australia-based company has offered to buy one after watching a live press release about the excavation of Spitfire fighters in Myanmar on 9 January,” said U Soe Thein, a retired professor of geology department from Yangon University, who is also a member of the excavation group.

However, U Thein said he was not sure on the details of the company, nor the person, except that his first name is Robert.

“The value of one Spitfire fighter is estimated at about $1 million,” he said. “It will probably be exhibited in a museum.”

The hunt for the British World War II fighter planes began last month at three locations across the country, on the grounds of Yangon’s Mingalardon airport, in Myiktyina in Kachin state and at Meiktila in Mandalay Division. It is believed that the planes were packed in crates and hidden by British forces in 1945.

“In relation to the excavation of Spitfire fighters, if other things are discovered they will be the State’s property,” said U Htoo Htoo Zaw, managing director of Shwe Taung Paw, who is involved in the dig.

“The excavations will not harm the track of the airfield or any houses,” he added.

The 19-member team searching for the planes is being led by David Cundall, a British farmer who has spent the past 16 years trying to solve one of aviation’s greatest mysteries.

The projected cost of the search is $1.5 million.

As many as 140 Spitfires – three to four times the number of airworthy models known to exist –are believed to have been buried in near-pristine condition in Myanmar by American engineers as the war drew to a close.

The go-ahead for excavation came in October 2012 when Myanmar's government signed an agreement with Cundall and his local partner.

Under the deal, Myanmar's government will get one plane for display at a museum, as well as half of the remaining total. DJC, a private company headed by Cundall, will get 30 per cent of the total and the Myanmar partner company Shwe Taung Paw, headed by Htoo Htoo Zaw, will get 20 per cent.

During the project's first phase, searchers hope to recover 60 planes: 36 planes in Mingaladon, near Yangon's international airport; six in Meikthila in central Myanmar; and 18 in Myitkyina. Others are to be recovered in a second phase.

Stanley Coombe, a 91-year-old war veteran from Britain who says he witnessed the aircraft's burial, travelled to Myanmar to observe the search.