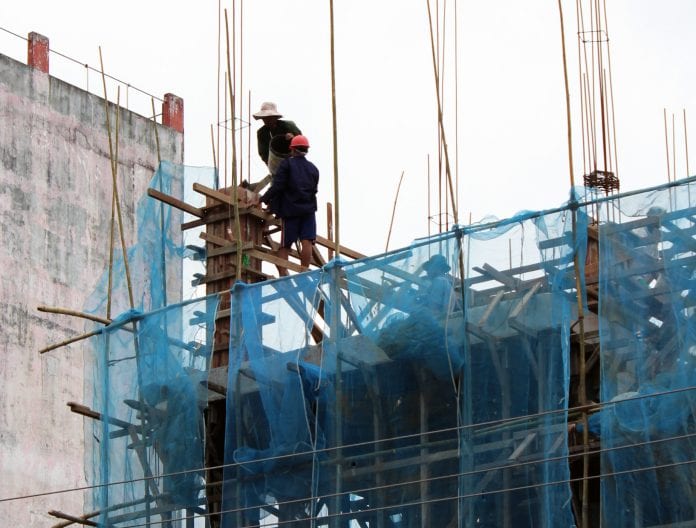 Myanmar’s construction companies will be graded by the authorities as the Myanmar National Building Code comes into effect in 2015 to regulate the construction industry, U Aung Myint, joint secretary of Myanmar Engineering Council (MEC), said.

Ahead of the implementation of the ASEAN Economic Community (AEC) next year, Myanmar construction companies are in rush to comply with a building standard that is in line with that of neighbouring countries in order to expand and compete in the region.

“We are reviewing companies’ profiles to later grade them. Myanmar companies need to be classified to properly compete with foreign companies,” U Aung Myint said.

The AEC will facilitate free trade across ASEAN and will allow construction companies and their employees to freely operate in the region where expertise and skilled workers will become essential assets.

The companies will be graded based on their ability to meet these requirements, MEC said.

“The AEC will bring opportunities as well as challenges. Standardisations and capacity assessments are important,” U Aung Myint, who is also the vice chairman of Myanmar Engineering Society (MES) told Myanmar Business Today.

“There are companies here that can compete with those from other ASEAN countries. This grading practice will provide benefits for companies,” said a businessperson who runs a construction company.

In addition to grading companies, MEC and MES are involved in designing the Myanmar National Building Code, which was initiated in 2012 and is expected to be finalised before the end of this year. The building code includes quality requirements for materials and other procedural standards for construction projects.

“The Myanmar National Building Code is being prepared based that of Singapore and Indonesia. Organisations such as MES and Architects’ Association are working together in this and we expect to finish it this year. The building code, simply put, is the rules that are to be followed in all construction projects,” U Aung Myint said.

The first local private construction companies started their businesses in the early 1990s, and with economic reforms in place, the industry now attracts large amounts of foreign investment.

Although quality standards and relevant regulations have not yet been issued, departments at Yangon City Development Committee (YCDC) conduct inspections at various levels.