Authorities to Rachet Up Inspection to Meet Trade Target 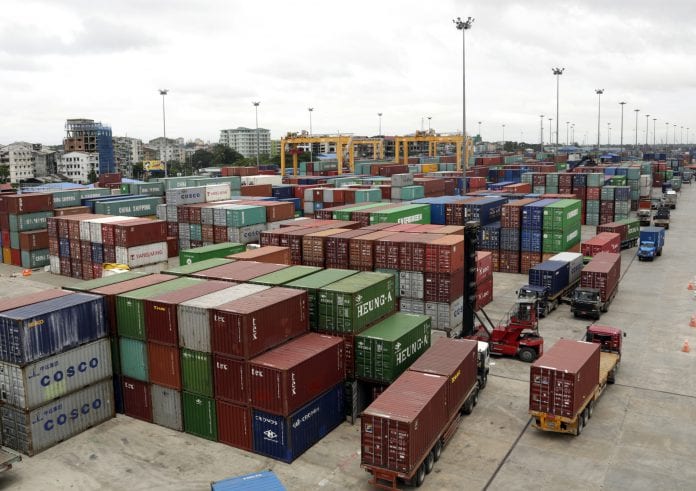 Union minister for commerce U Win Myint said the government will increase trade-route monitoring in Myanmar in hopes of meeting the country’s trade volume targets this fiscal year.

Starting in July, anti-smuggling mobile enforcement teams has started inspections at Yangon International Airport and four other ports in Yangon region, which is in addition to the two sites already monitored by government forces.

Authorities said anyone found carrying illegal goods in or out of the country will be harshly fined.

Myanmar’s trade is comprised of 80 percent maritime transportation and 20 percent crossborder trade – where mobile teams have seized illegal goods worth over K 17 billion ($17 million) in value.

The country’s trade volume has increased more than $10 billion over the past three years, spurred on by a $6 billion increase in 2013-14 fiscal year.

Total trade output is expected to reach as high as $35 billion this fiscal period ending in March 2015.

The government will need to expand local markets for domestic production to meet Myanmar’s trade targets after imports have exceeded the country’s exports in the first six months of the year, experts say.