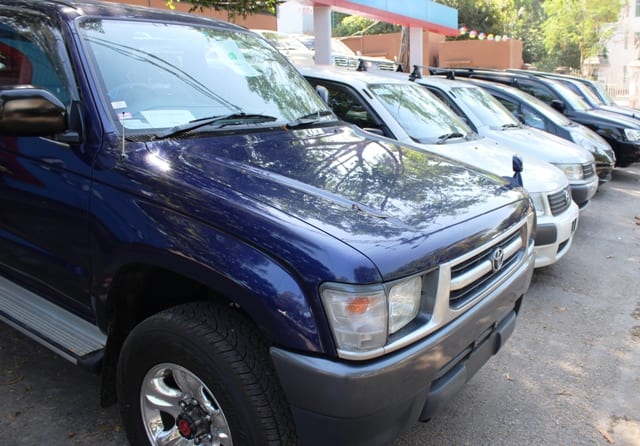 The authorities have collected a total of K90 billion ($90 million) in tariffs from automobile imports into the country during the last three years, according to the Ministry of Commerce.

Following an automobile import policy overhaul in 2011, over 300,000 automobiles were approved for import, U Win Myint, union minister for commerce said at a meeting with the public and local businesspeople in Myitkyina, the capital of Kachin state.

“It is good news that the country is earning revenue from car imports; however, a large number of cars continue to enter the country illegally through border towns.

He said the government will be able to raise higher revenue if car smuggling channels are carefully monitored.

“The state is gaining increasingly high revenue from vehicle imports, which is good. But it can collect more [tariffs] if imports of cars through informal channels are tightly controlled.

U Win Myint told local businesspeople in Kachin state that the ministry is set to open an office that can handle trading licence applications in the state.