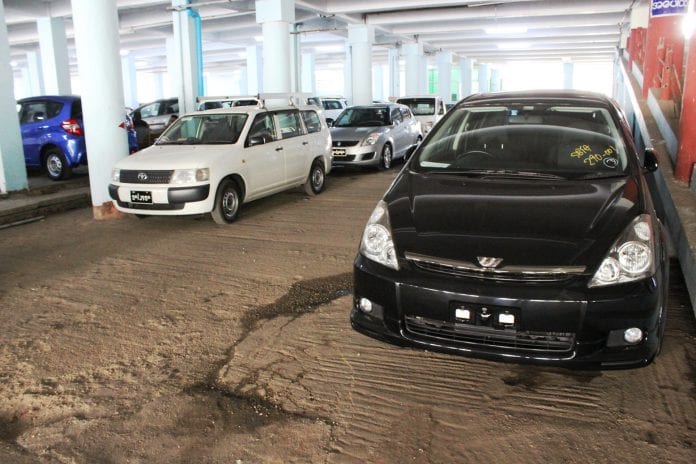 Yangon’s domestic automobile market has recently been facing a fake slip menace which is slowing down the sales of high-end automobiles, auto traders say.

Under the government’s overage car substitution program, owners of old cars can deposit their vehicles to the authorities and receive import slips, or permits, which allows the owners to import cars depending on the value of the slip.

The dealers said there were incidents of trading fake slips in Mandalay and Yangon’s auto market recently, especially in November.

“Import slips are very lucrative and now there are fake ones. So, car purchasers are worried about the genuineness of the slips offered by the dealers, and reluctant to buy high-priced cars in the fear of losing a great deal of money. Although cheaper vehicles’ sales are steady,” U Min Oo, an automobile dealer from Yangon, said.

Although, there haven’t been such incidents in the last couple of weeks or so, purchasers are still fretting that this will happen again, U Min Oo said.

Sales of costly cars such as Pajero have dived significantly, but low-end cars like AD van, Honda, Probox sales are smooth, he added.

“Slip cheating happened more in Mandalay car market but purchasers in Yangon are getting anxious too. They are now more cautious about buying slips from dealers,” another car dealer said.