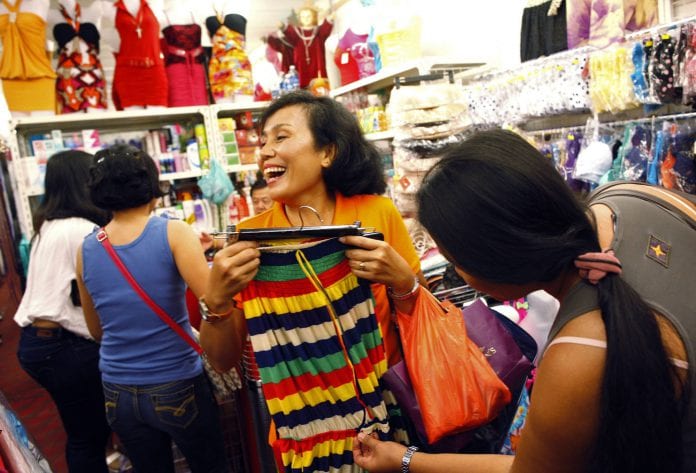 When she was eight, Lisa Padua lost everything after her father died, forcing her to leave school in her mid-teens to work as a maid in Qatar and then in Singapore.
Twenty one years later, she still works in Singapore as a domestic helper but now owns three businesses and earns enough to send six nephews and nieces to college in the Philippines.
Padua says she owes her success to Aidha, a micro school in Singapore that trains women like her in wealth and business management so they can build a better future back home in the Philippines, Indonesia and Myanmar.“I’m a farmer’s daughter,” she told Reuters. “So I said one day I want to have my own farm, my own house, my own water buffalo. And I said because I didn’t go to college, I want my nephews and nieces to have their dreams come true.”
Aidha offers a nine-month course for S$350 ($280) that emphasises computer, communication and financial skills. The three-hour classes run two Sundays a month to accommodate the days off of the women who work as family maids, nannies and caregivers to the old and ill.
Ambitious students can then take a more intense nine-month module that helps them launch their businesses.
“This journey of transformation allows them to stand up by themselves financially,” Veronica Gamez, Aidha’s executive director, told Reuters.
Gamez, who holds an MBA from the University of Chicago and worked at Credit Suisse and Boston Consulting Group, uses her experience to make the modules practical for the real world.
Saving for the future is the crux of the course.
The biggest challenge in breaking the cycle of poverty is finding a productive use for the money the women send home, Gamez said, rather than having it spent on items that do not ultimately help their families.
At least 211,000 foreign domestic helpers work in tiny, wealthy Singapore for about S$300 to S$600 a month. Hong Kong and Taiwan also have large concentrations of these women.
The money they send home is modest on a personal scale but the overall remittances from hundreds of thousands of women working abroad are enormous, ploughing billions of dollars into the economies of the Philippines, Indonesia and Myanmar.
A recent World Bank report on remittances said $26 billion has flowed into the Philippines so far this year, making up almost 10 percent of the country’s gross domestic product.
Directing those funds into entrepreneurial projects could have an even bigger multiplier effect for developing countries, especially in rural areas.
The objective is not just to impart business skills, Gamez said, but to turn the women into “agents of positive change”.
In villages like the one where Padua grew up, farms without funds are left barren and abandoned, and people are left without work. But the farm Padua bought using her savings is now managed by her brother. They employ up to 18 farm hands, providing her neighbours with jobs and income.
Padua also rents out a house to families and invested in a friend’s business that delivers frozen food to local shops.
That spirit of sharing extends to many of the women who enrol in Aidha. Almost half of the 500 students this year are supported by their employers, who pay all or some of the fees.
“People are more generous than we think,” Gamez said. “If you have a domestic worker, create a difference in your own home first.”                        Reuters