Bangladesh: Beefing up Ties with Myanmar 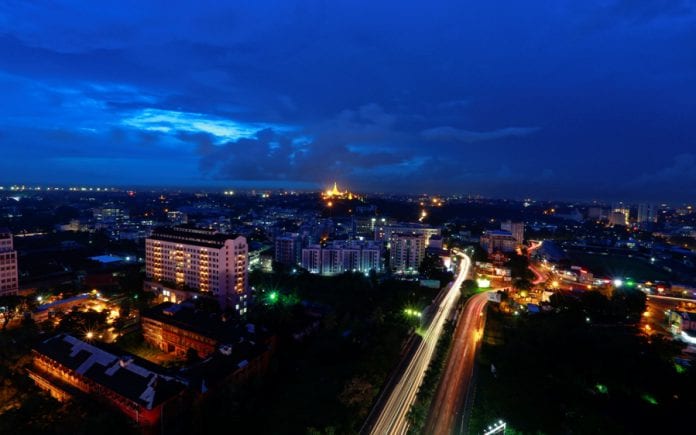 Myanmar is within a stone’s throw from the bank of the Naaf River in Bangladesh, but it seems that the two countries are now distance neighbours.
Bilateral cooperation within the economic field has remained almost stagnant in recent years, as western countries lying thousands of miles away scramble to Yangon to explore lucrative avenues for investment and cooperation in different fields.
Existing relations between the immediate neighbours turned sour recently when Bangladesh refused to admit more Rohingya refugees who were escaping attacks in Myanmar’s Rakhine state.
However, Bangladesh will have the opportunity to substantially improve relations with Myanmar when the Joint Trade Commission (JTC) meets in Myanmar’s capital, Nay Pyi Taw, in January. But with the tenth national elections taking place the same month, it is not ideal timing for Bangladesh.
The previous JTC meeting was held in Dhaka last year, when the two countries agreed to increase bilateral trade by strengthening border transactions, with bilateral trade currently standing at only $160 million.
As the 2014 event approaches, the Bangladesh Commerce Secretary has identified some areas to focus on. These include border trade, minimising the trade gap between the two countries, facilitation and promotion of the trade of agricultural products, food grains and other products under private sector initiatives.
In the 2012 meeting, Myanmar encouraged Bangladesh businesses to invest in its agricultural industry, due to the opportunities on demand in a country with so much arable land. The Myanmar government also said that it was ready to allow the long-term leasing of land for Bangladeshi entrepreneurs in the agricultural sector.
Officials also discussed the potential for setting up wholesale border markets at the Teknaf-Maungdaw border point, while a joint committee was formed on coastal shipping.
During the forthcoming meet, the committee will identify commercial shipping routes, including ports of call, and fix the tariff for shipping lines between the two countries.
It is now the time for strengthening political, economic and strategic relations between Bangladesh and Myanmar to tap the potentials on offer for the two neighbours.
Bangladesh can gain immensely in a number of areas. These include the construction of a Chittagong-Maungdaw-Kunming road which would improve connectivity across Southeast Asia and China; contract farming; tapping hydropower potential in Myanmar as well as gas import.
Bangladesh should pursue a tri-nations committee involving China and Myanmar for the implementation of the proposed road and rail links between Bangladesh, Myanmar and China.
Bangladesh Prime Minister Sheikh Hasina has already raised the matter with Chinese authorities so that the three countries can work together in a coordinated way for the implementation of road and rail links and China has agreed to help implement the project.
Hasina said that a project financed by the Bangladesh government, named ‘Study and Design for Bangladesh-Myanmar link road’, was underway and will be implemented in two phases.
The first phase will involve the construction of two kilometres of road between Ramu and Gundum in Bangladesh, and 23 kilometres of road between Taungbro and Bolibazar, both in Myanmar’s Rakhine State. This project will be financed by the Bangladesh government.
The second phase will involve the construction of 110 kilometres of road between Bolibazar and Kyanktow in Myanmar. There is already a road link between Kyanktow and Kunming, which is located in China’s Yunnan province.
Besides tapping huge hydroelectricity potential, Bangladesh can import gas from Myanmar in the same way that China is doing. The pipeline carrying gas from Myanmar to China reached full capacity recently. A spokesperson from the Southeast Asia Crude Oil Pipelines (SEAOP) and Southeast Asia Gas Pipeline (SEAGP) said that the 2000 kilometre pipeline – 793 kilometres of which passes through Myanmar – is now fully operational.
Starting in Kyaukphyu in Myanmar’s Rakhine state, the line is expected to carry 12 billion cub metres of natural gas each year, of which, up to 5.2 billion cubic metres can be carried in the first phase.
The pipeline stretches across Rakhine state and Magwe and Mandalay regions, through Shan state to Muse on the Chinese border. There are unloading points at Kyauk Phyu, Yenangyaung in Magwe and Thaungtha in Mandalay. Myanmar will receive 2.5 billion cubic metres of gas a year from the deal, bringing an annual income of $30 billion over the next thirty years.
Myanmar is roughly five times the size of Bangladesh, with an estimate land area of 676,577 square kilometres compared with 143,998 sq km in Myanmar. On the other hand, Myanmar’s population is only 60 million, compared with 160 million in Bangladesh. The population density in Myanmar is 70 people per square kilometre, and 861 in Bangladesh. As such, per capita share of land in Myanmar is 12 times bigger than in Bangladesh.
In a meeting held between the two countries in May 2007, Myanmar proposed to Bangladesh to take the lease of 50,000 acres of land in Rakhine state for contract farming, to which Bangladesh responded positively, but nothing has been done. This matter should now be vigorously pursued. The land could be leased to produce crops like paddy, onion, maize, soybean, tea and sugarcane.
A rough estimate shows that at least 10,000 Bangladeshi farmers, mostly from the Chittagong region, could be employed through this contract farming. According to a proposal, up to 5,000 acres of cultivable, fallow or wasteland is available for plantation crops, 3,000 acres for fruit gardens and 1,000 acres for seasonal crops for contract farming.
Myanmar has vast natural resources and Bangladesh can benefit by strengthening bilateral relations. According to one estimate, Bangladesh can bring some 2,000 megawatt of power from Myanmar by investing in its hydropower sector in Rakhine. India has already begun cooperating with Myanmar in the power sector.

Rahman Jahangir is an Editorial Consultant for the Financial Express, where this article was originally published. The article has been republished with the author’s permission. The author can be contacted at arjayster@gmail.com.