Beans, Pulse to be Traded at Commodity Exchange Centre 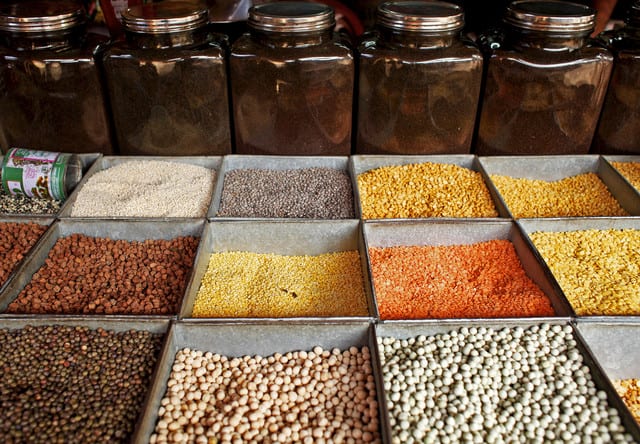 The Association will implement the measure starting from this month, using the Yangon Regional Wholesale Marketplace at Bayintnaung.

“Our main purpose is to clear problematic obstacles in our local market and to go forward the exports with the international market price,” said U Tun Lwin, chairman of the Association.

Previously, the Association warned traders about the potential losses from purchase on credit, but as traders failed to comply, the market recently faced losses of millions of kyat, he said.

“Lately, we’re hearing about problems of the beans market more than ever. So, the traders should not rely only on trust. They need to trade with contracts, agreements within the legal framework,” said Soe Win Maung, advisor to the Association.

The Commodity Exchange Centre will also include inspection teams and a banking insurance system. The measures come as two months ago a bean merchant purchased beans and pigeon peas valued at K3 billion ($3 million) on credits to hold in stock, but failed to pay and absconded when the market price dropped unexpectedly.

Almost three-quarters of the 1.9 million tonnes of Myanmar’s beans and pulse exports go to India, partly a legacy of British rule in both countries, which saw Myanmar grow beans and pulses to cater to the Indian market.

Myanmar earned over $380 million from beans and pulse exports last fiscal year that ended in March, according to the Ministry of Commerce.

“It is essential for the government to assist the beans and peas growers to expand to major markets in Japan and the EU, not only to India,” an official from the Association said.

There has also been experimental cultivation of Japanese seeds to improve the quality of local beans and peas.