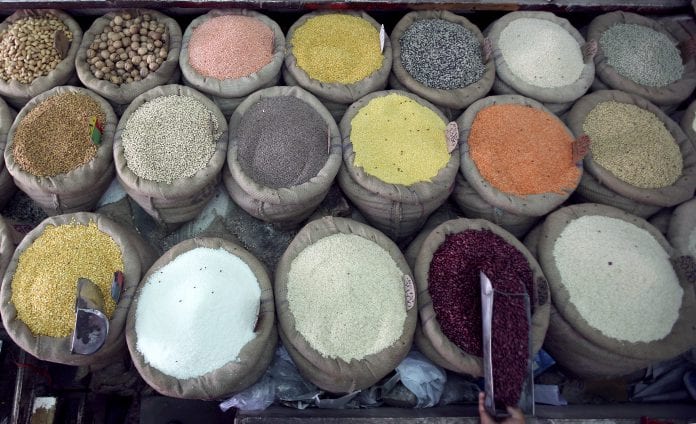 Prices of beans and pulses are higher in January compared with the same period last year, driven by higher demand from India, according to Myanmar Pulses, Beans and Sesame Seeds Merchants’ Association.

Indian beans and pulses output has been low since September last year, pushing up demand for imports, while Myanmar’s own small stock from last year’s low yield has also pushed up prices, U Min Ko Oo, general secretary of the association, told Myanmar Business Today.

“In the previous years, demand from India cooled around the end of December. But this year they kept buying and placed advanced orders for February and March,” he said.

Merchants started trading green gram since January 1 in Bayintnaung wholesale market in Yangon, while the other varieties will arrive into the market around mid-February.

As the beans and pulses market rises, traders have begun to deal only with “guaranteed” advanced trading instead of trading on verbal promises, the association warned the traders.

Myanmar beans and pulses exports have increased in the current 2014-15 fiscal year with 500,699 tonnes exported in the first half of the fiscal. About four-fifths of the total export went by sea, earning $280 million, and overland exports earned $100 million, according to the Ministry of Commerce.

Myanmar was one of the top rice, beans and pulse exporters in the world in 1950s, however, the subsequent military dictatorship’s dismal agricultural policy threw the exports in despair. Rice, beans, pulses and sesame exports have gained over $800 million in 2014-15 as of January, according to the ministry.