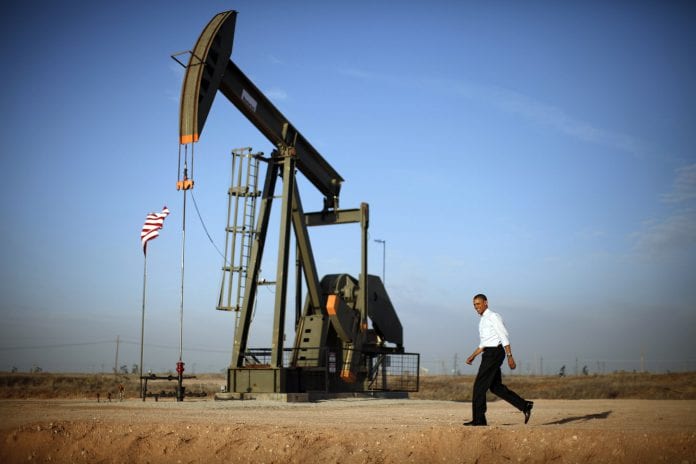 As debate rises in Washington over the first thaw in relations between Iran and the United States in decades, powerful oil companies are opting for an unusual tactic: silence.

Oil companies such as Exxon Mobil Corp and ConocoPhillips could earn huge profits if the United States loosened economic sanctions on Iran, allowing access to its oil and natural gas fields, some of the world’s largest and least costly to produce.

But through September, at least, US energy companies have largely opted to stand back even as Congress considers whether to further limit new oil exports from the Islamic republic.

It is an unusual tack for an industry known for its strong Capitol Hill presence on every issue from taxes to pollution rules to international trade.

But this particular issue may be too hot to touch.

“You are unlikely to flip any lawmaker, but you could offend them,” said one lobbyist familiar with sanctions issues, who spoke on condition of anonymity to avoid being seen as speaking for clients. He said his company had received no client requests this year to lobby on Iran sanctions.

The oil and gas industry spent $105 million on lobbying in the first nine months of this year, behind only the insurance and pharmaceutical industries, according to the Center for Responsive Politics, a Washington watchdog group. Companies in the sector, and their employees, also donated a total of $20.5 million to candidates in last year’s elections, ranking ninth overall.

It is uncertain whether the six-month deal with Iran struck in November in Geneva will lead to comprehensive restrictions on its nuclear capabilities, which could bring a full rollback of sanctions. Under the interim deal, Iran will limit uranium enrichment in return for limited access to funds frozen by US law.

The June election of moderate President Hassan Rouhani offered a clear sign that 2013 could be the best year for relations between Washington and Tehran since Iran’s 1979 revolution.

Yet the US Congress has been firm in its backing of further action against Iran. The House of Representatives voted 400-20 in July to choke funding to Iran’s disputed nuclear program by slashing its oil exports further than sanctions enacted in 2010.

The Senate also widely supports being tough on Iran, though President Barack Obama has pushed it to delay introduction of its version of the bill to give the Geneva agreement a chance.

For its part, Iran’s oil ministry is hopeful a full deal could one day spur new investment by US energy companies. Oil Minister Bijan Zanganeh in December named seven Western energy companies it wants back to develop reservoirs if sanctions are lifted, including Exxon and Conoco.

Both companies have not lobbied Congress this year on Iran sanctions, records show. Neither has US-based companies Chevron Corp or Halliburton Co.

Congressional aides agreed oil companies would be wasting their time if they attempted to persuade lawmakers to turn back existing sanctions or prevent enactment of new ones.

The effort “would likely fall on deaf ears at a minimum and at worst create serious political repercussions” if oil companies were seen as undermining the resolve by the countries that reached the interim agreement with Iran, the United States, Britain, Russia, China, France and Germany, one Democratic House aide said on condition of anonymity.                     Reuters