HomeMMBIZ NewsBitcoin, Myanmar and The Future of Money
MMBIZ News

Bitcoin, Myanmar and The Future of Money 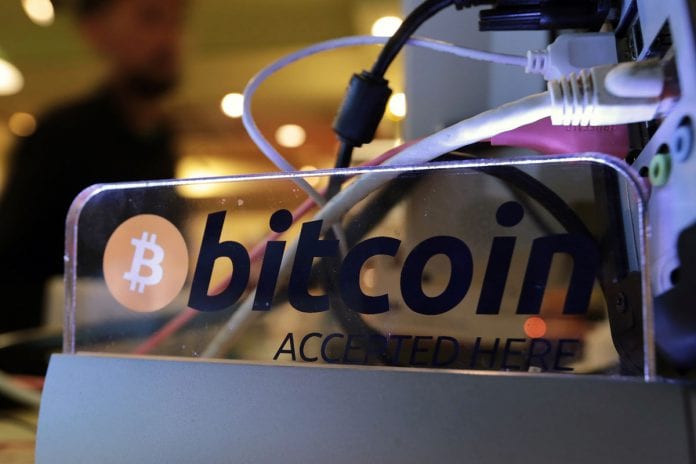 Truly disruptive technologies happen rarely, perhaps once every decade. It happened in the 90s with the internet and in the 2000s with the smartphone and just as Myanmar is opening up to the world it has the opportunity to embrace the next great enabler – Bitcoin. It does for money what the internet did for information.

Bitcoin is a decentralised, peer to peer, digital currency. This means that no single entity controls Bitcoin (the code is open for all to see), you can send money and pay for things anywhere in the world instantly for free and all transactions can be seen and accounted for in a shared ledger that is constantly kept up to date called the ‘blockchain’.

Bitcoin is the most interesting prospect in Silicon Valley at the moment and has attracted more venture capital investment than the original internet companies of 1995 securing backing from notable investors like Richard Branson, Bill Gates and Li Ka-Shing. It has made governments around the world investigate its potential with many like the Isle of Man, Denmark and Singapore formulating welcoming conditions for its growth.

But what is a ‘Digital Currency’? You can login to your bank’s website or use a credit card today and your money is ‘digital’ however, this currency is still controlled by the central bank in that country. Central bank’s are rarely accountable for what they do, they can print more money as they want (thereby devaluing your savings), control interest rates (which can lead to a misallocation of capital and increasing debt) and dictate what currencies can and can’t be used in that country. Bitcoin is not owned, controlled or issued by anyone, it has a limited supply like gold and its value is driven by market principles and consensus – at the moment that value is around $360 per 1 Bitcoin.

Using Bitcoin is easy, like any currency you can use it to buy things (food, houses, travel etc), you can send it anywhere in the world instantly with no fees, crowdsource a loan (or earn interest funding someone else’s), keep some in your savings – you are your own bank. Compare this to a traditional bank where they charge you fees for storing and transacting, they’re available only during business hours, getting a loan is expensive and difficult and at the end of the day the bank controls your money, not you.

The implications for Myanmar are huge, in a country where only 5 percent of the population has a bank account and 62 percent of adults have no savings, Bitcoin can offer the benefits of a secure store of value, easy and cost effective way to transact and a way to increase wealth, reduce poverty and improve the lives of everyday people.

Think of those sending money into Myanmar, fees can be above 10 percent per transaction at places like Western Union or informal cash carrying services. Bitcoin can reduce these remittance fees to practically zero. Businesses looking to invest in Myanmar can efficiently transfer money into and out of the country to pay for supplies, equipment and stock. Farmers can use Bitcoin to buy fertilisers at competitive global prices, cutting out the middleman and increasing their margins. Individual people can invest locally and abroad earning interest, dividends and a passive income. Entrepreneurs in Myanmar can crowdsource a loan from anyone in the world at competitive interest rates much lower than the banks.

The story of Asia’s growth this century is also the story of opening up markets and encouraging trade and as is the case anywhere in the world it is small businesses that are driving this growth. In 2013 tourist arrivals in Myanmar reached 2.04 million with that set to triple over the coming years bringing fresh cash and new buyers into the system. Many of these tourists are amazed at the creative art, jade, clothing and many other products Myanmar is renowned for.

However, the only way to get them has been to actually go there. Small businesses owners will do well to embrace internet connectivity as Telenor and Ooredoo rollout high speed 3G and 4G networks so that they can get their products online and start exporting to these buyers globally. To do this, you need a way for international customers to pay you. Paypal, credit cards, Alipay all have regional restrictions and generally require linkage to a bank account in specific currencies. There are no regional limitations to Bitcoin, there are no fees, does not require linkages to banks and can be setup in minutes – clearly the best way to buy online.

It goes beyond payments, however, one of the important features of Bitcoin is that every transaction is freely viewable online. Earlier, I mentioned the ‘blockchain’ a shared ledger that is the list of all transactions that have ever taken place, it is updated constantly and is freely searchable. This means you can see where money goes, how much is sent, when a transaction took place and this data cannot be manipulated, it is locked in ledger forever. This has the potential to massively reduce corruption: bribes can be easily spotted, citizens could see where their government is spending money and the entire financial system is auditable at the touch of a button.

The blockchain can store more than just transaction data. People have already found inventive ways to store all manner of data on this ledger including legal contracts, deeds to property and company shares. Last September a couple in Florida enshrined their marriage on the blockchain. It is even possible to link the blockchain to the physical world where the owner of a house could make sure that the door can only unlock in the presence of his or her smartphone.

A number of companies have listed themselves entirely on the blockchain whereby anyone in the world can buy shares in that company and as their earnings are denominated in Bitcoin, it is easily viewable and accountable to their shareholders. Myanmar could implement company registrations via the blockchain and massively speed up the efficiency of bureaucracy, improve transparency and save taxpayers money for more important things than paperwork.

Myanmar has a unique opportunity to be at the forefront of the next big IT boom which will bring new jobs, knowledge and social inclusion. Undeniably the free flow of information via the internet has enriched the lives of millions around the globe and Bitcoin is seeking to have the same impact in the notoriously opaque world of finance. As technology adoption spreads throughout Myanmar the future is looking very bright indeed.

George Harrap is the founder of Hong Kong-based Bitcoin startup, Bitspark. He can be reached at george.harrap@bitspark.io. Views and opinions expressed here are the author’s own and don’t necessarily reflect Myanmar Business Today’s editorial opinion.