Border Trade with Neighbours Drops Except with China 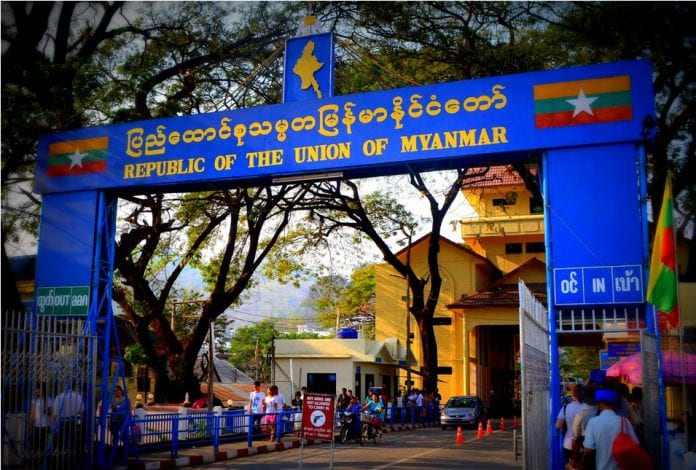 Border trade between Myanmar and most of its neighbours has slowed, according to the Department of Commerce and Consumer Affairs (DCCA).

Director of DCCA U Tay Za Aung Win said, “Border trade with China remains normal but due to instabilities in other countries the trade has suffered. Some imports from Thailand have decreased and trade has dwindled especially in Myawaddy.”

During April-May, exports through border crossings with Bangladesh, China, India and Thailandincreased by $116.97 million, while imports increased only $7.66 million compared with the same period last year, according to the DCCA. However, the rise is attributed to only the growth in Myanmar-China border trade.

The coup in Thailand recently caused trade to be restricted to daylight hours at border crossings between Myanmar and Thailand, causing a fall in exchange of $12.9 million compared to the same time last year.

U Myint Lwin, director of Department of Trade Policy, said, “Trade with Thailand has now decreased. We gained yearly increases in trade because of our easing of regulations, but have not increased the value of those commodities.

“If we don’t value-add our exports we will be in trouble,” he said.

Border row with India and also its recently-concluded general election have also caused a fall in trade between the two nations. Frequent road and bridge blockages have reduced trade value by $8.02 million, DCCA data shows.

Trade with Bangladesh, worth only $1.96 million over the April-May period, has fallen from its high in 2012 due to security and border issues between the two nations.

In April and May, border trade between China and Thailand was worth $571.557 million and $69.109 million respectively.

Facebook
Twitter
Pinterest
WhatsApp
Previous articleDCA to Spend $1m to Upgrade Seven Airports
Next articleGov’t to Offer Up to $5k to Fish Breeders; Eyes the Elusive $700m from Exports