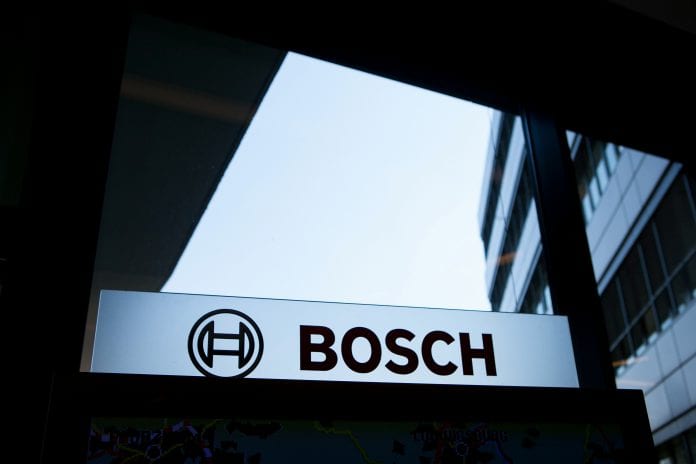 However, the company declined to give any detailed sales figures, saying in response to a Myanmar Business Today query, “Bosch cannot share the specific sales number for 2013 and 2014 in Myanmar.”

The company, however, said it has achieved a year-on-year sales growth of around seven percent in Southeast Asia by generating $893 million.

Andre de Jong, representative of the Bosch Group in Myanmar, said, “Myanmar is an important emerging market for Bosch. The country offers large potential due to its rich natural resources and rapid development across almost all industry sectors over the last few years. We will continue expanding our business in Myanmar and extending our footprint throughout the country.

“In 2015, we expect to achieve another year of positive sales development.”

The company said The Mobility Solutions business sector, formerly known as Automotive Technology, doubled its sales in 2014 in Myanmar by expanding its portfolio of automotive spare parts in the fast growing automotive industry.

It added that sales within the Consumer Goods sector grew “more than twice” due to an expansion of the company’s power tools portfolio and distribution network beyond Yangon, especially into Naypyitaw. Bosch said products that contributed mainly to growth were rotary and demolition hammers.

Myanmar’s booming construction industry also contributed significantly to this growth, as well as to that of the Energy and Building Technology business sector which achieved year-on-year sales increase, Bosch said.

Over the course of 2014, Bosch equipped commercial buildings, hotels, condominiums, and airports with security solutions ranging from surveillance systems to professional audio and conferencing systems.

The sector also expanded its portfolio and now offers solutions to drive and control moving parts of heavy machinery in the fields of mining, hydropower, oil and gas, construction, agriculture, cement, and food and beverage industries in Myanmar.

Globally, Bosch Group expects global sales to grow within an exchange rate-adjusted range of 3 to 5 percent in 2015.

Bosch CEO Volkmar Denner said: “Web-enabled products and internet-based services are one of the focal points of the company’s future business.”

In Asia Pacific, Bosch grew its sales 17 percent in 2014, to $17.27 billion. At just under 27 percent of total sales revenue, the region’s share of sales reached a new high. Sales growth was especially strong in China, rising a nominal 27 percent to $8.5 billion.

Facebook
Twitter
Pinterest
WhatsApp
Previous articleBangladesh’s Summit to Invest $1b to Produce 1,310 MW Electricity by 2020
Next articleIndia’s Push to Save Its Cows Starves Bangladesh of Beef