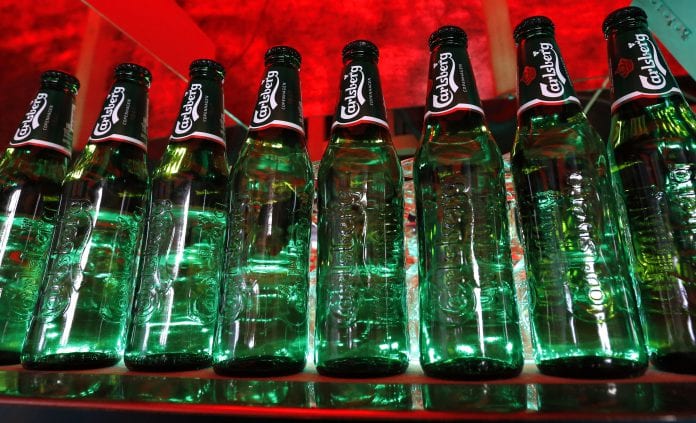 Carlsberg Myanmar will introduce two of its brands of beer to store shelves this week, as the business attempts to loosen Myanmar Beer’s grip on the local market, the Danish brewer said.

Yoma Beer and Tuborg Beer, produced in Myanmar with domestically grown grains but other materials imported, are already available in draught form.

The eponymous Carlsberg Beer will be available in September, an official from the company said.

U Thant Zin Tun, executive director of Carlsberg Myanmar, told Myanmar Business Today, “We have eight to 10 percent of market share in Yangon, Bago and Pyay. We distribute all over Yangon, as well as Mon state, and Mandalay, Tanintharyi, Sagaing and Ayeyarwaddy regions.”

Carlsberg Myanmar Beer, Tuborg Beer and Yoma Beer were introduced to the market in April.

Carlsberg received a licence to brew and sell beer in Myanmar in 2013. In partnership with local firm Myanmar Golden Star, Carlsberg now operates a $70-million brewery, in which Carlsberg retains 51 percent share. The brewery has a production capacity of 60 million litres per year.