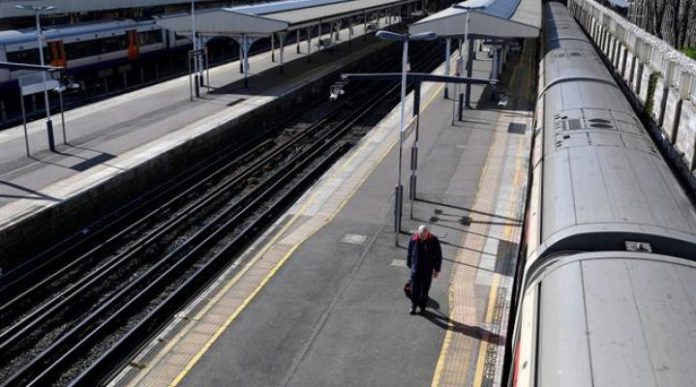 LONDON, June 18 (Reuters) – Britain has so far approved the spending of 3.5 billion pounds ($4.38 billion) to keep its railways running during the coronavirus pandemic, the government said on Thursday.

Under emergency measures brought in on March 23 for six months, the government has been providing financial support to rail companies to keep trains running for key workers despite overall passenger numbers plunging by as much as 96%.

The government has approved 3.5 billion pounds of spending to ensure rail services continue to operate and it was not yet possible to provide an estimate of the total cost incurred to date, junior transport minister Chris Heaton-Harris said in a written parliamentary answer.

The final bill could rise as industry sources say rail companies are asking for government help to stretch beyond the initial six months as passenger numbers are unlikely to return to previous levels for some time.

Britain’s railways, which were privatised in the 1990s, are currently running with passenger numbers down by 80% to 90% from normal levels. As long as the country’s two metre social distancing rule remains in place, they can only carry about 15% of their usual capacity.

Britain is reviewing its two-metre social distancing rule ahead of the next stage of lockdown easing planned for July 4, and should it be reduced to one metre, trains could run at about 45% full according to industry estimates.

Under the emergency measures, the government took on all the cost and revenue risk itself, and instead paid companies including FirstGroup, Arriva UK Trains and Govia, partly owned by Go-Ahead a small fee to keep operating services.

The previous model of rail contracts, where operators need to grow passenger numbers to meet their financial commitments, was already under pressure before the pandemic, and will face further challenges under social distancing. ($1 = 0.7985 pounds) (Reporting by Sarah Young; Editing by Toby Chopra)